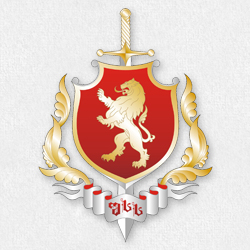 For the past three months, the  Central Criminal Department of the Ministry of Internal Affairs had been working on exposing the criminal scheme of drug dealers. Nine drug dealers have recently been detained in Ponitchala, according to the MIA report.

Committed crime envisages from 8 to 20 years or life imprisonment.

The investigation established that detainees sold drugs on a regular basis.

On the basis of the relevant court warrant, law enforcers covertly videotaped the process of selling Heroin several times.

As a result of the personal search and search activities held in detainees’ places of residence, police seized Heroin and Methadone ready for realization as well as cash and mobile phones as evidence. The investigation is in progress on the fact of illegal purchase, keeping, and selling drugs in especially large quantities committed by the group with a previous consent, crime envisaged under article 260 of the Criminal Code of Georgia,” reads the MIA statement.

The ministry has also announced the year’s sum up report.

“… throughout 2020, the Ministry of Internal Affairs detained 71 drug dealers, exposed drug transit scheme and 40 kg. of Heroin has been seized. 16 persons have been charges for online drug dealing, 13 online stores selling drugs were closed; drug lab manufacturing psychoactive substances was exposed; from the illegal circulation of drugs, the following substances were removed: 89 kg. of Heroin, 1 kg. of Cocaine, 7000 pills of Subutex and Suboxone, 6 kg. and 500 gr. of new psychoactive substances”, the MIA has said.