Thoughts on the US Strategy in Eastern Europe & the South Caucasus 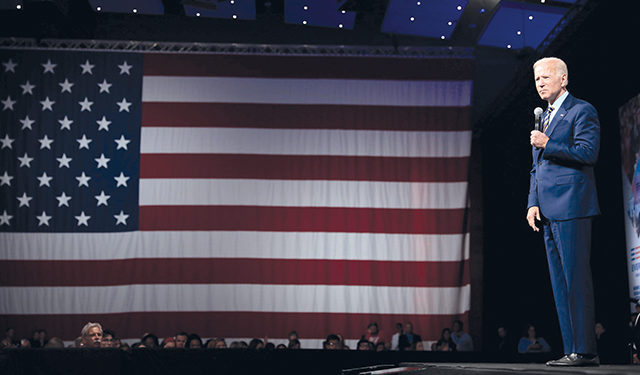 The US’s Russia Strategy is perhaps one of the most searchable items in the world of analytics. The ncrease in military presence in Eastern Europe and the Black Sea is often considered as most adequate response Washington should offer. But the Biden administration should look beyond active military engagement and base its response, even grand strategic vision, on much subtler aspects, such as investing in each of Russia’s peripheral state’s critical spheres where immediate Western support ultimately is bound to produce strengthened state institutions, democracy, and prolong the vision of liberal internationalism.

International relations are nowadays growingly characterized by open rivalry between the world’s major powers. The US power and by extension the liberal world order is contested at the periphery of Europe by illiberal powers. From the Baltic to the Black Sea to the South Caucasus, Washington now faces an array of challenges. It is a systemic challenge emanating from the depth of the Eurasian continent: the spread of an illiberal worldview, attempts to promote privileged spheres of regional dominance, and, most of all, the purposeful undermining of Western institutions from the inside.

On the shores of the Baltic Sea, the Nord Stream saga continues as the US’ core European allies put economic interests and the interest of liberal internationalism well above the long-term geopolitical trouble the pipeline would cause to European security.

To the south in Ukraine, the Russian military involvement is worrying, but the geographic depth of Ukraine’s vastness allows a limit to Russia’s further military moves. To support Ukraine, military assistance is critical as usual, but it would not solve fundamental troubles which characterize the country and rest of the territorial belt around Russia. To pursue a military line, it would require a major refocusing of the US military strategy from elsewhere in the world to Europe’s edge – un unlikely scenario considering Washington’s preoccupation with China.

In Georgia, political parties struggle to come up with a compromise. Various trends indicate the overall political system is in trouble as the political elites are hard time to reinvigorate themselves and produce new personalities able to lead the country in the geopolitical fraught region.
In Armenia, the opposition challenges the current government of Nikol Pashinyan following the defeat in the Second Karabakh War of 2020. Poor handling of the pandemic, coupled with economic troubles, project a chaotic period for internal Armenia.

What characterizes these three states is weak state institutions: problems in justice, education, the election process, low FDI rates, exclusive political elites and many other traits which turn a state into a troubled one. Ultimately this is what Russia capitalizes on and what makes the countries more vulnerable to the Kremlin’s geopolitical maneuvering. Indeed, the US should also admit that Russia pursues a clever, long game through interfering along its borders when necessary by military force such as in 2008 and 2014 with Georgia and Ukraine respectively. However, most of the time, Russia’s strategic mindset is about pursuing a slow weakening of the surrounding states. This is made possible because of the fragility of state institutions, inability of the political classes to concentrate on nation-wide problems, and failure to provide a long-term development strategy.

This is where the US support is critical. But first, Washington needs to be clear what it wants and where it can make a definitive contribution with the aim of changing the geopolitical balance along Russia’s west and south borders. Minding its own limits is a good basis for creating a strategy of finding and then puncturing the rival’s weakest spots. Similar to Moscow, Washington too should play the long game. But instead of betting solely on increasing military engagement in Eastern Europe, Black Sea or the South Caucasus, the US should invest in the development of institutions of Ukraine, Georgia and Armenia.
Promotion of fair justice, fair elections, improved education system etc. ultimately leads to accumulation of wealth, improvement of lifestyle, spread of liberal vision and the understanding of the need to build a viable front to confront the undermining forces. The support should be also cast as part of the promotion of something bigger, which dovetails with the western mindset – liberal internationalism, however troubled the latter is of late.

In the end, Russia does not fear NATO or US forces. As any military grouping in history, the Alliance has its limitations and internal divisions to capitalize upon. What troubles the Kremlin is the economic development of the neighboring countries, coupled with democratic fervor – it has the potential to reverse the pro-Russian sentiment both among the populace and the political class, limit Russian economic influence, and link entire societies irreversibly to the liberal world vision.