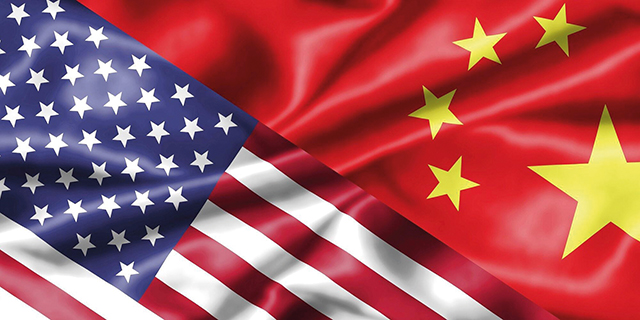 Since the 1990s, the US has had trouble determining what its position in the world should be. The end of the Soviet Union propelled anti-imperialist thinking and the need to return to normalcy. The US compounded those fears about its position, presenting as if it needed a rival to revitalize itself and prove once again that its presence was needed on the global stage. China could now play the role of that necessary rival.

It will be a short and simple story. The US, in a long and arduous Cold War with the Soviet Union, served as a security guarantor for smaller liberal countries. The latter put up with the occasional excesses of American power. Its preponderance was often irritating, but it did not cause structural failures within the liberal internationalism. The fear of being gobbled up by the rival communist ideology and being overrun by the Soviet military power served as a glue for the America-led alliances and various structures, be they NATO or the financial bodies of the epoch.

Much has changed since the 1990s. Motivators, such as the threat of communism, for the smooth working and cohesion of international liberalism, have disappeared. Yet, the outside, globalized order, by extreme pace of inclusion of new members, has lost the efficiency the system was characterized with. Thence come various theories contending the decline of the US global clout and the liberal order overall. To this should be added the rise of contenders.

China and to a lesser degree Russia, are primary challengers, and there is no doubt about that. But both are necessary rivals, China in particular. Surprisingly, without such a large and competitive contender, the hope for a successfully continuous liberal order with its various treaties, bargains and alliances, would be futile.

China appeared at a crucial time, with liberal internationalism experiencing a crisis and seeking motivators to persevere. The Russian threat is not big enough to unanimously unite the Westerners and America-allied Asian democracies. But China is. It represents a challenge even not so much directly militarily as ideological, as it helps many states across the globe, those who held America in contempt for its unipolarity, to rebalance and use China to increase their bargaining position.

This also means that we live in a transitory period, when talks about China’s imminent victory over the US seem unscrupulous, as do the upbeat sentiments in the collective West arguing that the China challenge is of short-term significance. In short, both states are testing each other and gearing up for stiffer competition, which by no means indicates that a direct military clash will take place. This, however, does not preclude a proxy war in third countries, primarily across the Indo-Pacific region.

China-US competition will also increase the pace of regionalization of the international system. Some might even argue that the emergence of spheres of influence might be taking place.

The China challenge is fundamental for other reasons too. Firstly, unlike the Soviet Union, China operates from within the order upheld by the US. It makes it difficult for Washington to build an immediate coalition against Beijing, as too many blowbacks, both economic and purely geopolitical, are likely to follow for America itself and its allies. But “operating from within” also makes China vulnerable, as it has to adhere to rules when pressured collectively and consistently.

The China challenge is also about something greater. It has shown it can harness modernity. What was deemed as an asset peculiar only to the West, because progress was considered a direct result of liberal norms and vice-versa, is now being mastered by illiberal China. An anachronism for Westerners, normalcy for the Chinese.

Illiberal states headed by China are now building an illiberal movement – illiberalism, which is being elevated to the level of a new ideology. Surprisingly, this is also a boon for the US, for its motivations and its ability to restructure the world order, lest it loses influence because of its inactivity or pursuit of unipolarity. Casting the competition from a rival in ideological terms is an important component for motivating America’s resolve. This happened in the Cold War, and unfolded again in the Bush era when the crusade against terrorism was announced.

Though often denigrated as unstable and seen as a stage in the evolution towards liberal-democratic ordnance, modern illiberalism with trappings of modern technologies is more resilient and might even be a longer term challenge than crude communism. Failure to deliver on its promises killed the communist dream; failure to deliver in authoritarianism might not bring down the order as quickly as some would think. It is essentially the rise of counter-enlightenment considered as a return to the normalcy in human and state relations when primacy of state is back and democratic bickering is thought to be more time-consuming.

Nevertheless, the China challenge – the necessary one – will help the US keep and restructure its alliance system. Threats to the US in Eurasia will persist and even increase. As this unfolds so will the logic of alliance building. Eventually the powerful China will help mend trans-Atlantic ties. It could even be argued that in the longer term, a certain rapprochement with Russia might take place. This will be short of luring Moscow into a fully blown alliance directed against the Chinese, but it is also what the Kremlin will salute as it would allow the Russians be more manoevrable in their foreign policy – after all, with the fixation on the West now gone, no-one in the Kremlin wants a new geopolitical fixation on China.

America’s failures are often exaggerated. The superpower could lose a war. It could signal a trend, but so far the US, despite losing wars and resistance from within its alliance structures, has managed to preserve its omnipotence. Surely this position of America causes jealousies, attempts at balancing by other powers, and even outright hostility, but the scholarly trends towards describing America’s power as decidedly declining could be as incorrect as stating unchanged the continuity of Washington’s geopolitical stature.

With China appearing as a competitor, the US could revitalize its pursuit of liberal order. The latter might expand, as in the 1990s, but the consolidation in the lands of democracies is what is likely to follow. For the US to operate in the manner of unipolarity would be more damaging than when it faces rivals. China could make the US operate within the boundaries of the liberal order as much as it did in the Cold War era. This brings respect from its democratic peers and shows the necessity to work with Washington.