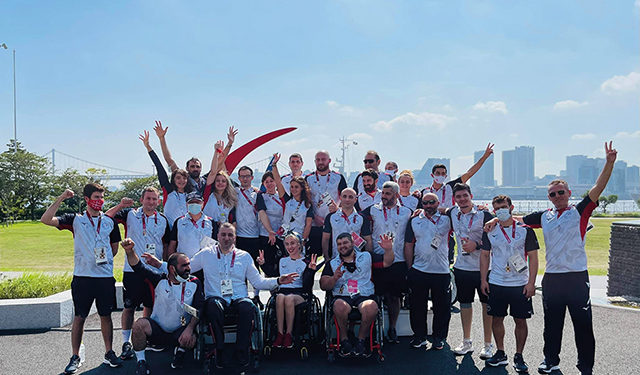 Athletes from 136 countries took part in the 2021 Tokyo Summer Paralympic Games which opened in Japan on August 24 and ended on September 4. The Georgian delegation was represented by 13 athletes in the competition, participating in six sports.

In Para Athletics:
Davit Kavtaradze: Silver medalist of the 2018 European Championship in Berlin.

In Paralympic shooting:
Lado Chincharauli: Georgian champion in the para shooting, Vice-Champion of the US Open.

THE GEORGIAN WINS AND LOSSES
At time of going to press, the Georgian athletes are competing successfully, and so far have won three silver medals, a first for the country.

In the quarterfinals, Khetsuriani’s opponent (in category B) was Italian Rossanna Pasquino, who won at 14:10, however, Khetsuriani competed without mistakes and won 15:14.
The competition between Nina Tibilashvili and Ukrainian Natalia Morkvich (A category), also ended at 15:14.

In the following match, Khetsuriani lost the bronze medal to China’s Xiao Rong at 6:15, while Tibilashvili won a silver medal, having lost to China’s Jing Bian in the final 7:15.