The Near East Getting Even Nearer 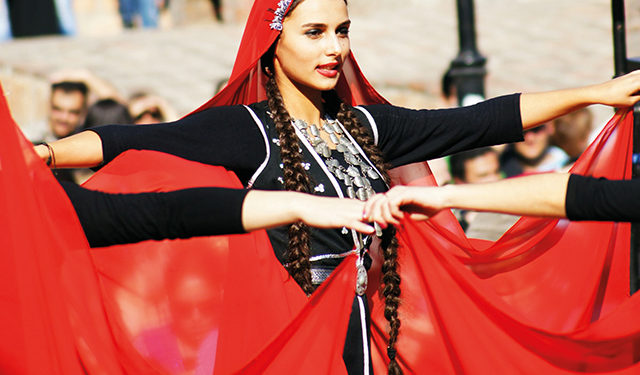 The Middle-Eastern and the Caucasian political, cultural and economic intertwining is nothing stable or very felicitous, but it is also credible that they do look both similar and different. Image source: expatexplore.com

Talks about the differences and similarities between the Caucasus and the Near East (call it ‘Middle East’ if it feels better), have become more commonplace than ever before, and there must be a reason for this. But why should we be concerned about this unlikely comparison, and how much does it help us in terms of getting better versed in international politics? Well, if the Caucasus can manage to attract the world’s attention as the Middle East does, both being the cradles of ancient civilization, thus becoming another Mecca of tourism, then the comparison is going to be charged with positive energy. But if the Caucasus is compared to the Middle East more for its explosiveness and instability, then we have to think harder how to get rid of that kind of detrimental prospect, meaning that the peoples of the Caucasus will have to watch out to keep the place safe, peaceful, productive and attractive.

How to do this? In the first place, by talking to each other in a more friendly and cooperative manner (meaning the South Caucasus nations of Armenia, Azerbaijan and Georgia), and secondly, by undertaking joint effort to interact with the rest of the world as one united geopolitical force.

Let us now see how the world perpetuates the comparison between these two regions: the Middle East is notoriously famous for the frequency of hot and frozen conflicts that are local by nature, but loud and contagious, speaking internationally, having the proclivity of dissipating into other parts of our globe, including the Caucasus, which is also vulnerable in almost the same way. Issues like displaced people, forced to move within their own country as well as beyond its borders as a result of conflict or environmental disaster, constitute one of the most comparable features between the two regions, along with the fear of terrorism and the misgivings connected with political instability. On top of that, their visible similarity is based on their age-old cultural relationship rooted deep in history, their intermittent economic bonds, and likeness of temperament, which makes the mutual influence quite realistic, and thus prompting the West to hold the parallels between them reckonable.

While considering these similarities, certain amounts of weirdness pop up too: the three South-Caucasian countries drastically differ from each other when it comes to their attitudes towards the Middle East, with feelings alternating and concepts diverging, and if these features are characteristic, then their concerted cooperation with Middle-East countries might be considerably hampered. For instance, the Azeri closeness to Turkey might contradict the Armenian aversion to the same; the Georgian proximity to American interests in the region will probably clash with the Russian-Armenian love affair; and the current Armenian fluctuation between the North and the West could create certain fidgety sentiments in all the rest.

This affordably brief evaluation of the situation would probably render the comparison between the two regions even more valid, but the further interaction between them is just as difficult. Let us say that it is merely a shared luck that wars, conflicts, terrorism and instability are present in both places, certainly not on the same scale, although both might remain continually pregnant with these scary inflictions. Take Georgia, for example, which would love to carry on forever with close ties and fruitful coexistence with Israel, which might irritate other denizens of the Middle East. Hopefully, this would not procreate any danger for our peace-loving and good-life-hungry little country. The same would be true about the Azeri-Armenian-Turkish doubts and vacillations, and the Israeli-Palestinian not-very-peaceful interactions.

In conclusion, the Middle-Eastern and the Caucasian political, cultural and economic intertwining is nothing stable or very felicitous, but it is also credible that they do look both similar and different, needing each other in the happiest understanding of the word.