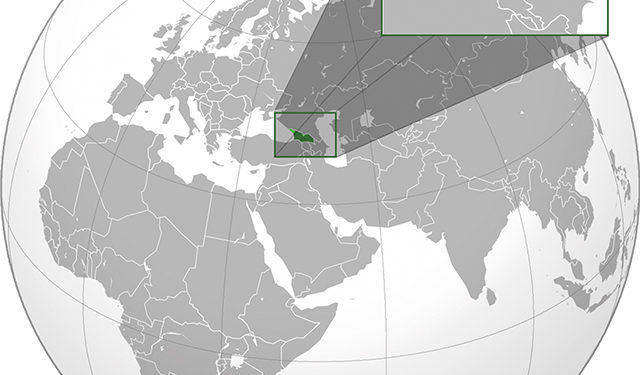 Though a neighbor to Armenia and Azerbaijan, Georgia has traditionally expressed little geopolitical interest in being involved in the Nagorno-Karabakh conflict.

The 2020 war between Baku and Yerevan, however, changed the way Georgia viewed the conflict, and the threats emanating from it pushes Tbilisi to reconsider its basic approach towards the dispute. Several factors caused the change. The Armenian and Azerbaijani ethnic minorities in Georgia were engaged in various activities to provide direct support for the warring sides. Occasional protests too erupted, and some damages to the cross-border infrastructure were inflicted. The Georgian government now has to work on a comprehensive strategy to limit domestic potential pitfalls arising from the Karabakh war, particularly as the conflict is far from being resolved.

Another novelty in the Georgian approach was active diplomacy, which highlighted Tbilisi’s potential to play a positive role in alleviating the mutual distrust between Baku and Yerevan, and limiting geopolitical threats to regional security. The timing for diplomatic maneuvering was interesting, with world leaders notoriously absent from the diplomatic activity surrounding the conflict. Russia, Armenia’s ally and a usual host to Baku-Yerevan talks, was hesitant to minimize the fighting, while Western leaders seemed mostly pre-occupied with other issues, from US elections and internal troubles in the EU, to protests in Belarus.

The latest war also burst into the open Georgia’s geographic dilemma: serving as the quickest way for Armenia and Azerbaijan to receive armament from abroad, it tested the country’s relations with both neighbors.

Georgia also witnessed vulnerabilities regarding the pipeline, railway and road infrastructure running from Azerbaijan to Turkey. The fighting could easily spread to the Tovuz region, as was the case in July 2020, and long-distance bombing would easily put the infrastructure out of order.
More importantly for Georgia are the larger, regional-level results of the Second Karabakh War. The emerging Nakhchivan corridor brought about multiple discussions on Georgia’s transit role. Though not directly threatening the country’s regional hub position, the development nevertheless showed the need for further development of the road and railway infrastructure.

The changed military dynamic in the region as a result of the war will also have a direct bearing on Georgia’s foreign policy thinking, as well as its military strategy. With a new Russian military presence, the Georgian borders are now encircled by Russian troops. This limits NATO/US military projection into the region, thereby limiting Tbilisi’s membership prospects. The war’s specifics (use of drones) also propels Tbilisi to adapt to the new kind of warfare. Recent plans to purchase the new technologies underline the emerging trend.

The Second Karabakh War tested Georgia internally, accentuated the country’s unfavorable geopolitical position, and propelled the military and political establishment to adjust to the changing dynamics in the South Caucasus.