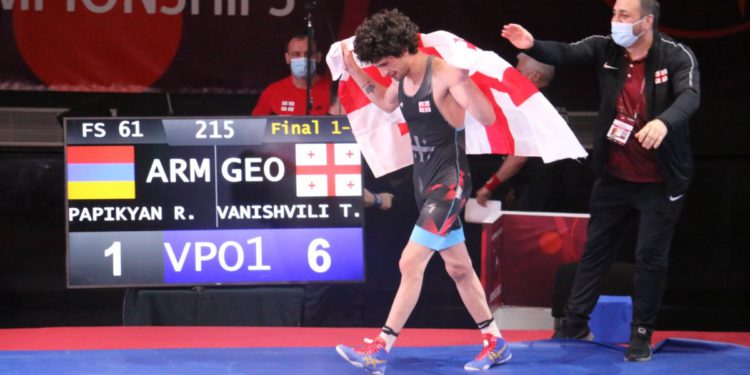 Teimuraz Vanishvili, a Georgian athlete in freestyle wrestling, won a gold medal at the European Under-23 Championship.

Georgian wrestler defeated Bulgarian, Moldovan, and German athletes before the final, and in the final, he defeated Armenian Razmik Papikyan and won the first gold medal for the Georgian freestyle wrestling team.