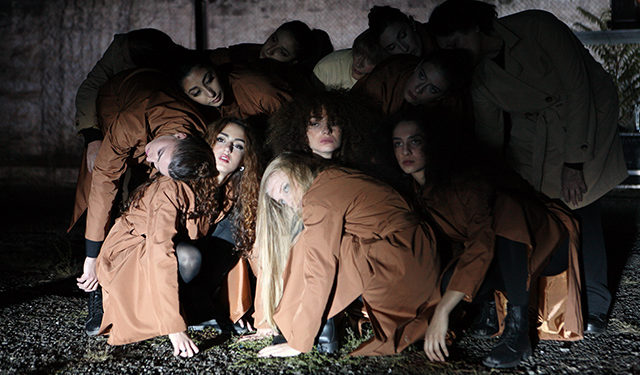 It was a matter of time before Tbilisi expanded the borders of its cultural offer to the urban periphery. Located in the heart of the Ortachala District, in the leftovers of a former Soviet prison, Alternative Art Space N°12 is an uncanny cultural space with a dark history. The creative potential of the place suggests a promising canvas for art directors to produce and showcase their creations in a different way, eventually exploring new territories and artistic interplay.

Mariam Aleksidze, acclaimed choreographer of the Giorgi Aleksidze Contemporary Ballet marks the opening of this new cultural space with her multimedia ballet “12 visits”, written and directed by David Maziashvili. Earlier this summer, the creation won the grant of the Ministry of Culture for ballet productions. Tbilisi City Hall, close partner of the Giorgi Aleksidze Contemporary Ballet since 2016, has also supported the production.

The piece is a prime example of a site-specific collaboration between video art, contemporary dance and electronic music. The multimedia ballet offers several layers for the audience to dive into. Heads are turning left and right, finding the right angle to grasp the texture and the narration of this immersive performance. 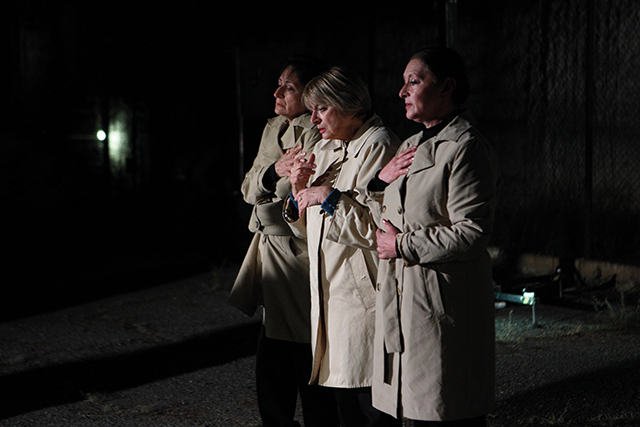 The introduction of the piece was sharp, almost violent, with sound recordings of metal, steps, and rasping doors combined with a claustrophobic track shot of the inmate’s entry to the corridors of the prison. The tone is set: the performance will be intense and obscure. Black ink swallows this quick glimpse into the prison’s reality, as the electronic pulse of the music, written by Natalie Beridze and Nika Machaidze, wrapped the prison in a boundless soundscape. It feels as if time is bending, losing its linearity to plunge the audience in a suspended experience.

The dancers enter the muddy stage of the courtyard, marching, running, shaking, in long brown trench coats, giving the impression of a feisty women-led resistance movement. For the next hour, 12 women from different ages dance their pain, with strength and grace, in front of the prison’s wall standing between them and their male relative.

The choreography seems to draw on the collective spirit of sisterhood in shared struggles. Picking on asymmetry, shakes and rotation, the bodies search for the missing touch of their loved one, locked behind bars, and for the emotional support of their peers. It takes the audience into a story of resilient women, forcing admiration and empathy for the characters.

In an interlude, the video maps the inside of the cells, covered with pictures and words. The male inmate, stuck in the static time of his apparently endless sentence, appears as a faraway silhouette, dancing his needs for space, movement and air. The choice of a pink leotard and a white mask brings an element of surprise. Traditional gender roles are shifted: strength and power are held by the female dancers while the inmate embraces delicacy and vulnerability. It is a refreshing take on dance in Georgia, where traditional dance stands as a conservative flagship for gender normativity. 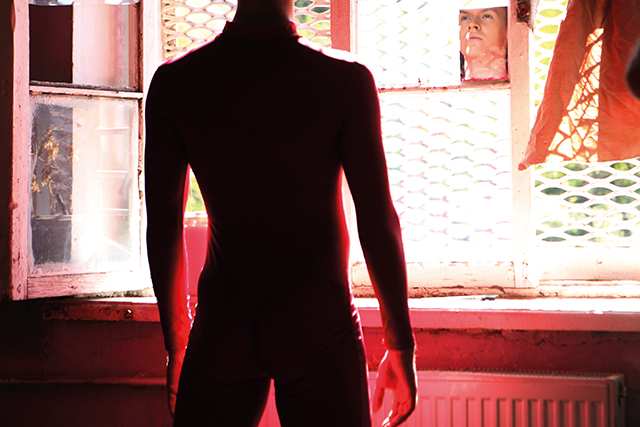 In its final act, the choreography multiplies perspectives on the narration, highlighting the individuality of each dancer, as they break in trio and duo. In the final solo, one isolated dancer turns ecstatically in her white dress, bringing a subtle ray of light into the stage but leaving the audience unsure as to whether this is a sign of hope, or of delusion.

This final delicate and ambiguous note closes this strong contemporary performance, which set the bar high for the next events to be held in a cultural space so charged with emotions and traumas.

Minister of Culture: We will Establish New literary Award 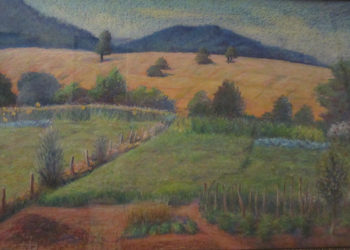 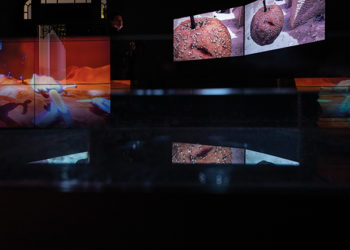 Get Ahead of the New Year Rush: Check Out the USAID-Georgia Beneficiary Entrepreneur Product Exhibition This Weekend

From 1 December, Entering Certain Facilities in Georgia is Only Possible if You Have a Green Passport