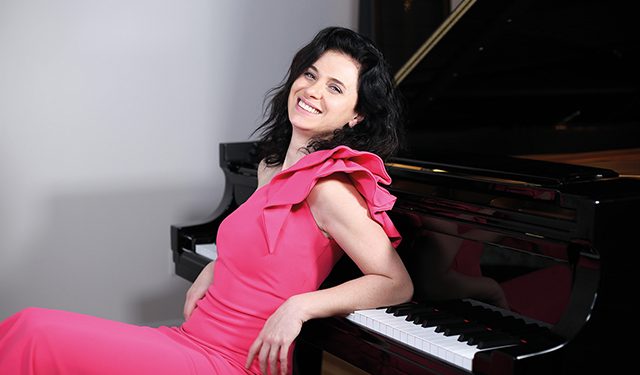 Georgia in the 1990s, the capital of Tbilisi is dark without electricity, but a 6-year-old girl’s heart is full of hope and light. The room is candlelit, and young Liana is playing the piano. That little girl would never imagine that many years later, she would end up on the stages of brightly lit concert halls in New York City. There, she would tell her listeners all about her beautiful little country that gave her the love of music: The Republic of Georgia. And it was through diligence and hard work that she was able to achieve all of this.

GEORGIA TODAY introduces you to this very talented, humble, and fascinating pianist, Liana Pailodze Harron, who has been living in New York City for years, as her career unfolds with the speed and energy of the fast city.

“I left my beautiful country to study in the United States 21 years ago, where I attended the University of Miami, Frost School of Music and earned a doctoral degree in Piano Performance,” she tells us. “While in Miami, I had the opportunity to study many different genres of music, and in 2013 I moved to New York City to pursue my career as a performer and educator. New York offers wonderful opportunities, and it was important for me to be closer to the large Georgian community living there. In addition to my performing career, I give clinics and masterclasses in various universities, such as Slippery Rock University, Texas A & M University – Corpus Christi, Oklahoma University, and Berry College, to name a few,” she says. 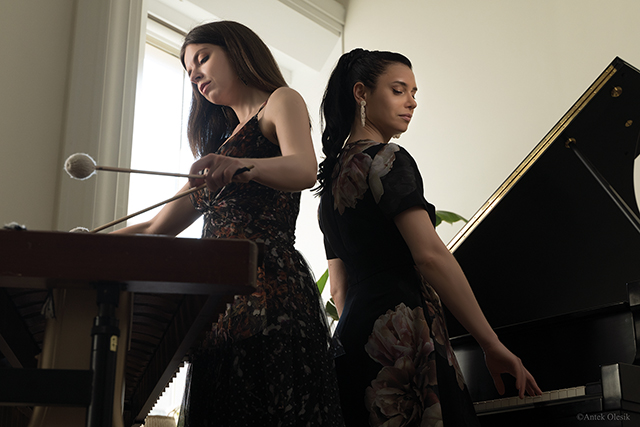 How busy are you at present? What is your regular day like?
Currently, I am very, very busy. The fast pace of New York is contagious, and it is impossible to slow down. At present, I am booked to perform at different concert venues, festivals, and conventions across the states. Also, I’m working in a piano faculty at a music school in Manhattan called 92nd Street Y, with approximately 16 students in my studio. And with all this, I’m also a mother. Being a mother is the most important job to me, and balancing my career and personal life isn’t easy, but not impossible. What works for me is planning ahead and staying extremely organized. It’s not possible any other way for me. Women are super multi-taskers, and I’m able to be a full-time mom and professional musician without giving up much, except for having to ignore the sense of feeling tired. In many ways, becoming a mother helped my career as well. It gave me more self-assurance and confidence. I believe that women can do it all, be great at their careers and being amazing moms. The key to it all is being a hard worker and keeping your eyes on your goals.

What are you like as a mother and what are you like as a pianist?
I’d like to think that I’m a patient and a kind mother, but also strict. It is important to me that my son grows up knowing his culture and Georgian language. As we speak, he’s playing in the Manglisi forest with Georgian kids. We try come to Georgia often.

As a musician, I play different genres of music and try to avoid being labeled as only a classical or a solo musician. There are so many interesting avenues when it comes to creating music.

How do you select your repertoire and what would you like to say with your recording output?
I approach them in very different ways. If I’m choosing pieces for a concert, I keep in mind my audience and what they might relate to. And, of course, I always try to include a piece by a Georgian composer whenever possible. However, when it comes to my recording projects, it is extremely important to me for my next project to be unlike any of my previous releases. For example, my solo album Light-Year was recorded during the Covid lockdown, and is composed of short cinematic pieces that depict the state of uncertainty and loneliness. Whatever I do, I always try to tell a story.

Which Georgian compositions do you perform most frequently?
My favorite compositions to perform are by Meri Davitashvili, mostly because it reminds me of my childhood, as I knew her very well and loved her like a grandmother. But of course, it’s impossible not to have a blast performing fiery pieces by Laghidze and Machavariani.

Tell us about Vesna Duo and the Grammy Awards.
Vesna Duo was born during the early months of the pandemic, when I called Ksenija Komljenovic, a very talented Serbian composer and percussionist, and asked if she wanted to create a project together. We decided to do something bold, and that’s when she arranged Stravinsky’s The Rite of Spring for marimba and piano. The rest happened very quickly. We started to get invited to different events, and, in a way, Vesna Duo turned into a brand. We’ve submitted our debut album to the Grammys for the upcoming awards season.

Our most important goal is to share the music of our countries. Vesna Duo’s next album will consist of the music of Serbia and Georgia, for which I will be arranging the Georgian compositions, with Ksenija arranging compositions from Serbia. 2022-2023 is looking very busy for us and we are hoping to perform in Georgia sometime soon as well.

Now tell us how your work with Aerosmith and Steven Tyler came about.
Steven Tyler was invited to the Humanitarian Award at the United Nations, where he was to perform two songs. When I met him, he asked about my accent. We both had a big laugh when I said I was from Georgia, as I did not have a southern accent from the state of Georgia in the United States. At that point he asked if I would play one of his songs. I wanted to scream and jump, but instead answered very calmly “Of course, Mr. Tyler.” I ran out very quickly and tried to memorize his song “Livin’ on the Edge” as fast as I could. The rehearsal went very well, and so did the performance. Mr. Tyler is very kind, humble, and funny. He performs only on white pianos and must have his scarves wrapped around the microphone.

One of my favorite moments was backstage, when we were just about to walk on stage to perform. We were all dressed in black, and I had my curly hair straightened for a professional look. He walked up to me and asked if he could fix my hair – who says no to that?! Well, he shook all my hair until it looked crazy, and then he said “now this is rock & roll!”

Let’s talk about your childhood.
I grew up in Tbilisi, Georgia and studied at the music school for gifted children. My teacher, Marina Gelashvili taught me everything I know today, but I fell in love with playing piano when I was 4. Like in most Georgian families, music was everywhere, and one of my favorite memories is playing four-hands with my mom during the power outages.

Your father is a Jazz Drummer. What role did he play in you becoming a musician?
I truly have the coolest dad. Despite having a very tough life during and after the soviet collapse, he never gave up on music and early-on taught me to follow my dreams no matter what. He’s a successful musician, but he never got involved in my career, believing that one must achieve everything by themselves.

What are your future plans and how do they relate to Georgia?
I hope to keep performing and creating new projects that tell the story of my country and my heritage. I’m looking forward to bringing my projects to Georgia very soon. 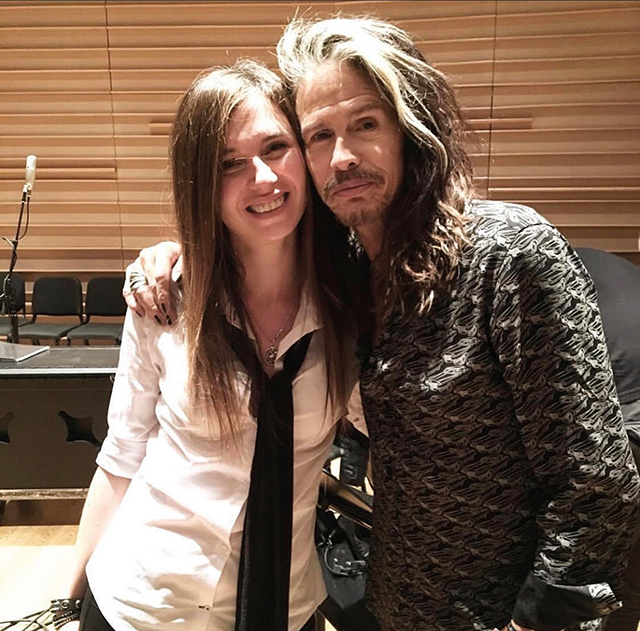