They say the world is a canvas, and Tbilisi is certainly one corner of this global art piece. Walking through the streets of any large European city, it is something that most citizens become numb to over time. Various tags from hopeful social up-and-comers, statements against authority, and even elaborate art pieces. However, that’s not to say all of them are of this strain.

These in the latter category are often a unique form of art unto themselves. The naturally rebellious inclination of the youth engaged in these “paintings” lends to their anti-establishment themes. The social commentary embedded in many of the pieces are widely varying. Socio-political issues, cultural tribulations, and traditional values are imbued variangly. One theme that seems to permeate almost every piece is the near surrealism used. 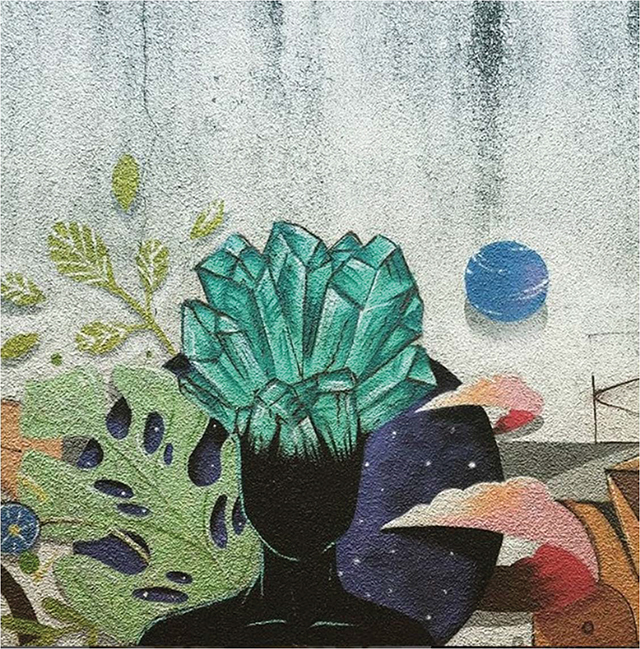 Art is generally a highly debated topic. Objective viewers generally seek simple appreciation of the work as it stands alone. Others however seek to find deeper meaning behind the imagery, something relatable, or even a hidden message left for the viewer to decode. The art world is not without its own analysts, conspiracy theorists, and even provocateurs. With such a wide spectrum of styles and audiences, it’s only natural such an ecosystem arises.

Street art is however something generally easier to consume. As it is something that is more poignant, it nonetheless strikes a more emotional tone of the times in which they are painted. Georgia has been no stranger to socio-political strife. Since the collapse of the Soviet Union, Georgia has struggled to separate itself from these old machinations, both politically and socially. The typical divide between the youth and the proverbial old guard is certainly present here, and the art at street level is almost a mirror reflection of this rift.

Youth movements have been transformative in the country. In 2016, Tbilisi State University was the site of a week-long student protest. At first they were sparked by the Students’ Union, discontent with the misallocation of monetary resources at the school. Later, these protestors began demanding a reformation of the school’s structure and a reshaping of the institute’s government relations.

The next year, another movement took to the streets protesting the arrest of a popular rap duo, Birja Mafia. The police arrested them on charges of possession of “party drugs.” It was the youth movement that claimed the drugs were planted by the police themselves, supposedly in retaliation for the depiction of a police officer on a dog leash in one of the duo’s music videos. This enshrined the counterculture movement that is still seen in various clubs and discotheques today.

More recently, youth movements have been at the center of the 2019 riots at the Parliament building. After Russian Member of Parliament Sergey Gavrilov gave a speech at the chair of the speaker of parliament, these movements were not shy about their position. Several images of police rubber bullet wounds on protesters only cemented their impassioned stance. The imagery of children under fire outside the government building is still used as a reminder of the movement’s sacrifices.

The counterculture and anti-authority sentiments are nothing new of any youth organization. There is always a yearning to make change and progress, while the powers that be are motivated to appease the larger populace and secure their authority. Of course, it’s unlikely this will stop, but the street art will be a daily reminder of this everlasting schism in the cultural milieu.