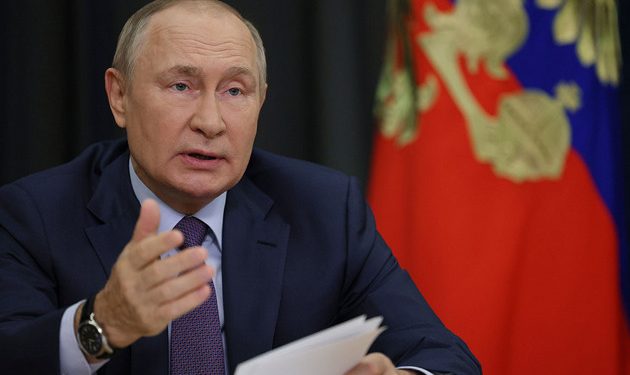 Martial law will be imposed in Donetsk, Luhansk, Kherson, and Zaporizhzhia, the four Ukrainian regions claimed by Moscow as Russian territory following sham referendums in September that Ukraine and its allies denounced as unlawful and illegitimate.

The decision, released as Putin addressed the Russian Security Council on Wednesday, will very certainly imply that civil governments in the regions will be replaced by military administrations.

Putin stated that the four regions should take steps to protect “critically important facilities,” adding that he made the decision owing to Kyiv’s refusal to acknowledge the annexation of the four regions.

“Constitutional laws on the admission of four new regions into the Russian Federation have come into force. The Kyiv regime, as you know, refused to recognize the will and choice of the people, and rejects any proposals for negotiations. On the contrary, shelling continues. Civilians are dying,” Putin stated, as reported by the Russian state news agency Tass.

Putin stated that he had signed a decree imposing martial law in these four regions, which will now be transmitted to the Federation Council, or Senate, for confirmation.

The decree appears to give the authorities “powers to carry out mobilization measures in the economic sphere” in terms of “civil defense measures, protection of the population and territories from natural and man-made emergencies,” as well as the power “to implement measures to meet the needs of the Armed Forces of the Russian Federation, other troops, military formations… and the needs of the population.”

Putin did not immediately specify the procedures that will be conducted under martial law, but stated that his decree would take effect on Thursday.

A draft of the proposed legislation suggests that it may include travel and public gathering limitations, as well as tighter censorship and more legal authorities.

"Martial law" implementation on the occupied territories by RF should be considered only as a pseudo-legalization of looting of Ukrainians’ property by another "regrouping". This does not change anything for Ukraine: we continue the liberation and deoccupation of our territories.