Prof. Boris Sokolov: The Result of the War Will Be Defined this Summer, during the Ukrainian Counter-Offensive 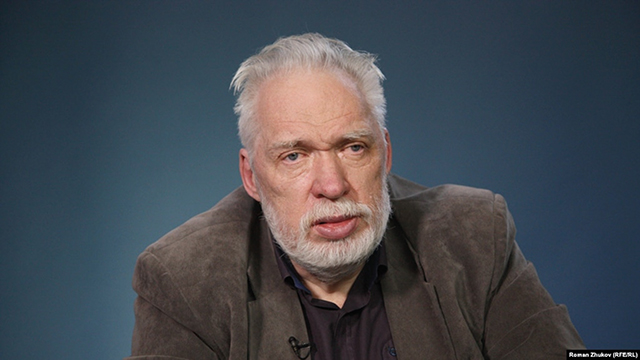 To exhaust Russian manpower resources, the number killed should be around about 15 million, but with the current rate of losses, Russia could wage war for dozens more years,” – says Russian historian, Prof. Boris Sokolov in an interview with Radio Free Europe / Radio Liberty’s Georgian service. A staunch critic of the Kremlin, Sokolov has never shied away from saying things as he sees them – with this interview another ample demonstration.

In 2008, your writings ran against the official line of Moscow. In one piece, you asked, “Did Saakashvili really lose?” You argued that he internationalized the conflict and ensured pro-Russian forces wouldn’t succeed him. After all these years, keeping in mind what happened in Ukraine, have you found an answer to that question?
Clearly, Saakashvili lost due to this war, because after the war he was overthrown by the pro-Russian, pro-Putin forces led by Mr. Ivanishvili, who really is a Russian agent.

“In Brussels, they will have to speed up admitting Tbilisi and Kyiv into the Alliance, so as not to provoke yet another ‘forcing to peace’ somewhere like Crimea, Transnistria or Adjara.” Quite a prophecy there. We saw what happened in Crimea. Are the other two destinations still on the table for Moscow?
Not now, I think, because Moscow has too many problems in Ukraine. And now it hasn’t enough forces to invade either Georgia or Transnistria.

Whether it could happen in the future depends only on the result of the Russian war in Ukraine. If Russia occupies Ukraine, then of course it also may try to occupy either Adjara or Transnistria. If, however, Russia is crushed in this war, then, of course, there will be no chances for new aggression. And then I think Transnistria would be liberated by Moldova. And, of course, there would be no guarantees of Russia remaining in control of Abkhazia and South Ossetia.

What lessons were learned by Russia and the West from the 2008 war?
Russia learned one great lesson: that the West is rather passive in its reaction to Russian aggression in the post-Soviet territories. Practically, the West did not learn lessons in the Georgian war, because it allowed to Russia to invade Ukraine. If the West and the US had the right policy, then this war between Russia and Ukraine may have been prevented.

In Ukraine, Russia has declared an operational pause. Meanwhile, President Putin has declared that Russia has barely even started in Ukraine. What should we expect?
I think we should expect first and foremost a new Russian offensive in the Donestsk region, against Slavyansk and Kramatorsk. And also a Ukrainian counter-offensive in the region of Kherson and maybe Melitopol. If this counter offensive is successful, then the Russian army could be defeated. If the Ukrainian forces occupy all the southern regions, then the situation for Russian troops in Donbas would be very bad because their flank would be threatened by the Ukrainian army. If this counter offensive liberates Kherson and maybe Melitopol, but fails to crush the Russian army in the south, then it would be only a partial success for the Ukrainians. And if the counter-offensive were to fail, then there is a chance for Ukraine to be defeated in this war. And the success of this counter-offensive depends wholly on the West and its support in arms.

How likely is this Western support, considering we keep hearing calls for a “ceasefire at all costs” from the West?
What Ukraine needs now is HIMARSes and other long range missile systems, and they also need Western tanks. It’s very strange that Germany hasn’t given Ukraine Leopard Tanks. Germany has enough Leopards of old modifications, out of exploitation by Bundeswehr now, and these tanks could have been transferred to Ukraine without any real damage to the defense of Germany. I think there are political problems, not military problems, with some influential forces in Germany and also some forces in France and Italy, but mainly in Germany trying to make some kind of compromise with Putin, at the expense of Ukraine. They seek a long-term ceasefire in the present positions, meaning Russia holding most of Donbas, almost all the Kherson region, and some of the Nikolaev and Zaporizhzhia regions. But I think it’s quite impossible for Ukraine to have such ceasefire. I think the result of the war will be defined sometime in August and September, during the Ukrainian counter-offensive.

How stoic and united can the West be against Russia’s intimidation tactics? Germany in particular is calling the scenario of a Russian gas cutoff initiated by the Kremlin “a nightmare”.
The weakest links in the chain are Germany, France, and Italy. American President Biden also has some problems with the policy towards Russia, as he is also afraid of Russian nuclear attacks. But I think that Americans may also transfer to Ukrainians not only artillery, but also American tanks. Time will be needed for training the Ukrainian crews for such tanks, and training should really begin now rather than in two or three months. The Ukrainians can make use of the American tanks, and also German tanks, but Germany doesn’t want to give its tanks to Ukraine.

Germany’s and Italy’s reluctance might be down to energy dependence on Russia – What about France?
For France, it’s more political than energy related. France wants to be the European leader, and has a soft confrontation with America. So, traditionally, Russia is considered by Paris as an important partner, a means in its fight for European leadership.

During the first 12 days of the war, the casualty rate on the Russian side was 1000. And then it went down to 200 – 300 per day. Regarding losses, what figures should we get to to make Putin reconsider his actions in Ukraine?
Right now, the level of casualties is too small [to affect Putin]. For example, during World War Two, the Red Army lost about 27 million. The population of Russia is now about 150 million people, only 50 million people less than during World War Two. Even when the Soviet Union lost 27 million soldiers, it didn’t exhaust its manpower fully. To exhaust Russian manpower resources today, the number killed should be around about 15 million, and with the current rate of losses, Russia could wage war for dozens more years. The level of losses is not a factor that will influence Putin’s decision-making, but if some Russian army units were crushed and a lot of prisoners were taken, it may influence [him].

What’s the overall Russian mindset towards this war? What’s the perception?
A very difficult question to answer. We have no real polls in Russia. It’s impossible to have real polls because most respondents they are afraid to speak up, to be accused of being so called ‘army fakes.’ This makes it impossible to understand what part of the population is for this war, how many are against. But I think most of the supporters of the war support the idea of renewal of the Russian Empire. They think Russia can wage war with the aim to restore the Soviet borders or Russian Empire borders.

You wrote that Russia has adopted Caligula tactics – “Let them hate us, as long as they fear us”. How effective is it?
The Kremlin has only one argument – its strength, its military strength. Putin doesn’t want to see sympathy from the Ukrainians. He needs them to fear Russia. He thought these attacks would destroy the Ukrainian morale. But as I see, Ukrainian morale cannot be crushed by such attacks. Putin may have won the war if his army occupied the entire Ukrainian territory, but now, it’s practically impossible.

How will the outcome of the war affect the future of Russia, the Russian people?
If this war is lost, it would lead to some great internal changes in Russia. And there are chances of getting a more liberal regime. The present regime is practically totalitarian and can even be said to be at the level of the Soviet regime in the 1920s. 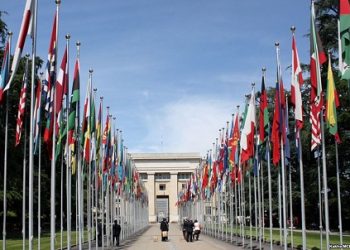