Political Life in Abkhazia, Fragile as Ever 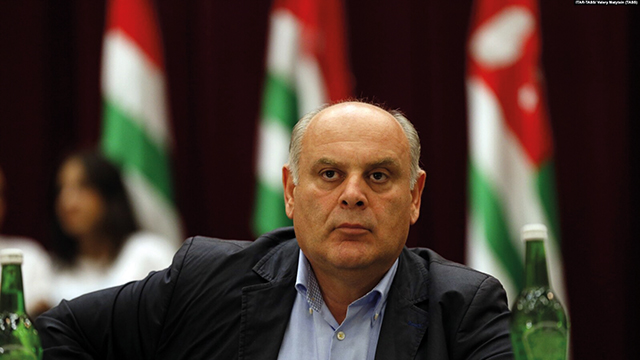 Concessions made to Moscow push Abkhazia into losing some of the last vestiges of autonomy it enjoyed in such questions as internal affairs. With the implementation of several recently signed deals with Russia, the region risks being effectively transformed into one of Russia’s regions – a scenario most of the Abkhaz population has been feverishly against.

Abkhazia is notoriously unruly. It is also in a way exceptional, as it does not fit into other separatist regions managed by Russia: It has is an active political culture and carries out lively debates, be they on foreign policy or methods of internal governance.

These disputes also involve discussions on the future trajectory of Abkhazia’s ties with its patron Russia. Largely regarded as instrumental for Abkhazia to stand against Tbilisi in the 1990s, Sokhumi’s ties with Moscow are not as smooth as it might seem. In fact, they never were, and over the past couple of years have grown even more uncomfortable. Here, Abkhazia’s exceptionalism is a major reason. It is perhaps the only actor within Russia’s “sprawling separatist empire” which does not want to become part of Russia, rather aspiring to have at least a semblance of equal bilateral ties and an effective foreign policy.
Russia, however, sees things differently. Confident that the enmity Abkhazians harbor against Georgians is a powerful weapon preventing Sokhumi from re-building its ties with Tbilisi, Moscow can and in fact does pressure Sokhumi when and where necessary. The end result is always Moscow gaining the upper hand.
Russia has been keen to get its hand on Abkhaz lands and the existing, albeit largely decrepit, infrastructure. For Abkhazians, this is a non-starter. Sensitive to external encroachment on their land, even Russia is viewed negatively when it comes to allowing Russian businesses buy into local lands and infrastructure.

Though an obstacle, Russia plays it nicely to circumvent the objections. Economic troubles caused by the pandemic continue to bite into Abkhazia’s seasonal tourism-based economy. The separatist region’s budget is also heavily dependent on Russian subsidies. Electricity and gas are also imported from Russia.
Unwilling to pay Abkhazia’s bills freely, Russia consistently signals to Sokhumi to make concessions which are slowly but steadily made by the Abkhazians. For instance, politicians in Sokhumi are pushing for the introduction of Russia-inspired laws on foreign agents. This comes as a result of the 2020 socio-economic deal. The agreement essentially lays out the program of replication of Russian laws in Abkhazia. This will kill chances for the presence of Western organizations in Abkhazia, and will increase its exposure to Russian organizations.

Another major concession is about allowing Russians to get Abkhaz passports. This law on dual citizenship would remove a major legal obstacle for the sale of Abkhaz lands to Russians. At one of the meetings, Abkhazia’s de-facto president Aslan Bzhania argued that buying real estate “is an economic aspect” unrelated to political rights or citizenship.

This takes place amid growing Russian demands, such as the one made by FM Sergey Lavrov that Russian properties are not safe in Abkhazia amid a “growingly unruly” situation. The concession on allowing Russian businesses to buy into Abkhazia’s energy sector is also a critical development which causes indignation in the region.

Bzhania even argued that some elements of sovereignty should be conceded for Abkhazia to exist. These developments have regularly caused protests and generated overall concern in Abkhaz society on the future of the region. For instance, in early December 2021, unrest engulfed central Sokhumi over the worsening criminal situation. The demonstrators called for Bzhania’s resignation. On December 12, the protesters tried to break into the parliament building. A temporary truce between the opposition and Bzhania was reached, but its fragility is obvious.

The protests are likely to resume, which will allow Moscow to further pressure a weakened and beleaguered Bzhania into making new concessions or living up to the promises made these past couple of years.

The Abkhaz are rightly perturbed as to where these developments will take the region in the future. Hopes of true independence have never come to be realized. Uncontrolled by Official Tbilisi, the region is now effectively turning into one of Russia’s de-facto regions. Resistance is futile, as any moves to counter excessive Russian influence with a limited rapprochement with Tbilisi meets significant obstacles from the Abkhaz opposition which still shares a deeply ingrained distrust toward the Georgians. Thus, balancing is out of question.

Abkhazia is increasingly pressed between two scary scenarios: first, effective incorporation into Russia; second, the necessity to talk with Tbilisi. Neither is attractive to the politicians, though occasional calls for normalizing ties with Tbilisi have been voiced since 2020. Russia’s creeping encroachment is bound to create a wave of discontent. In the long run, this is a chance for Tbilisi to try build closer ties with Abkhazia, and realpolitik will dictate that Sokhumi seek at least close economic relations with Tbilisi.