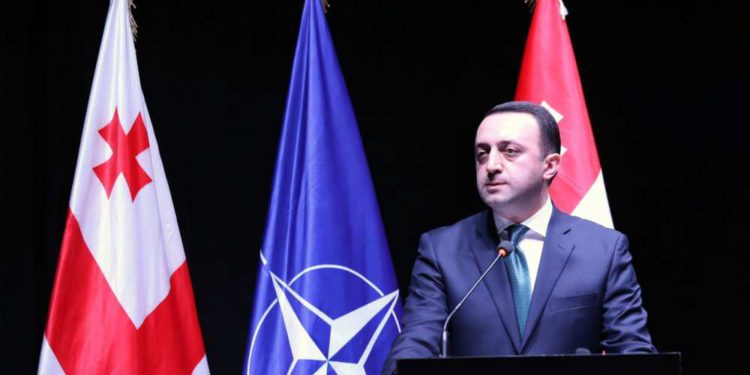 Today, on October 27, at the rally of the Georgian Dream on Freedom Square, the Prime Minister of Georgia, Irakli Garibashvili, addressed the audience, thanking them for gathering, their trust and dedication.

“Today, here on Freedom Square, we gathered people fighting for freedom, people who in 2012, here in this place, showed the strength and wisdom of the Georgian people, the strong desire of the Georgian people to live in a free, fair, democratic, peaceful and strong state. In a state where fundamental human rights are protected, human dignity and freedom, where man and their life are paramount.

He noted that in 2012, under the leadership of the founder of the Georgian Dream, Bidzina Ivanishvili, ordinary soldiers of this country peacefully disarmed an authoritarian, oppressive regime and ousted the party of murderers, butchers, and traitors.

“We are the government that has been able to ensure peace and stability for the longest time in the history of independent Georgia. We have laid the groundwork for fundamental reforms in education, infrastructure, agriculture, and the economy. Progress is tangible in all areas, domestic and foreign,” Garibashvili said.