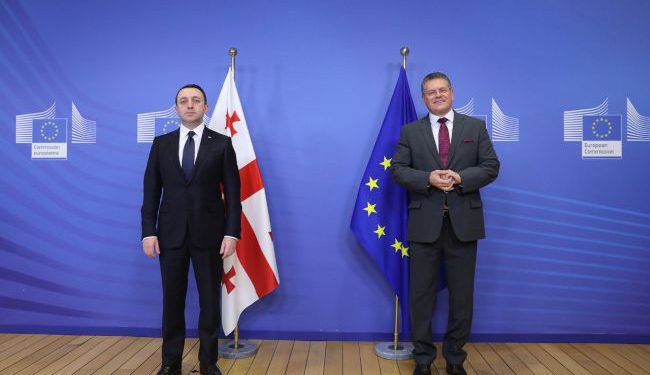 The meeting at the European Commission focused on the outcomes of the recent Eastern Partnership Summit and Georgia’s progress toward European integration.

The Prime Minister reaffirmed the irreversibility of Georgia’s European choice and aspirations, as evidenced by the Georgian Government’s intentions to file an official application for full EU membership in 2024.
During the meeting, the Head of Georgian Government and the European Commission’s Vice President discussed some of the key issues on the agenda of Georgia-EU relations, the process of implementation of the Association Agreement and the DCFTA, also ongoing reforms and new directions for further cooperation, including energy security and Georgia’s potential for generating renewable energy.