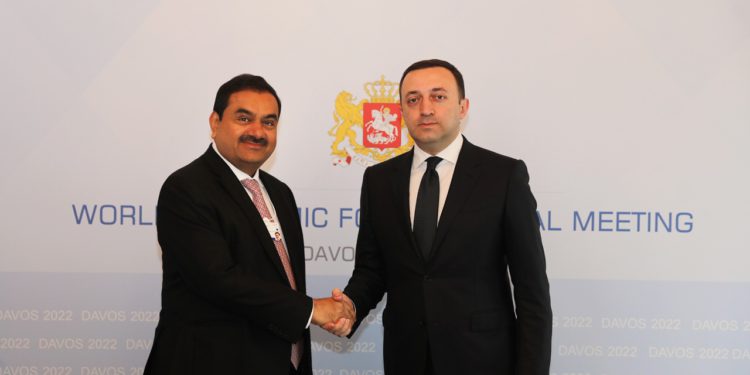 As the Prime Minister noted, given Georgia’s strategic location and favorable business environment, creating a special economic zone in the country will transform it into an economic hub.

The meeting also noted that the Government is investing heavily toward supporting Georgia’s positioning as a regional trade and logistics hub.

Garibashvili invited Adani Group’s delegation to Georgia to familiarize themselves with the country’s business environment on the ground. The meeting was held on the margins of the Prime Minister’s visit to Davos.

The Chairman of Adani Group has expressed an interest in investing in Georgia’s transport and logistics, energy, and industry. Gautam Adani, with his net worth amounting to 123 billion USD, ranks 5th among the world’s wealthiest persons.