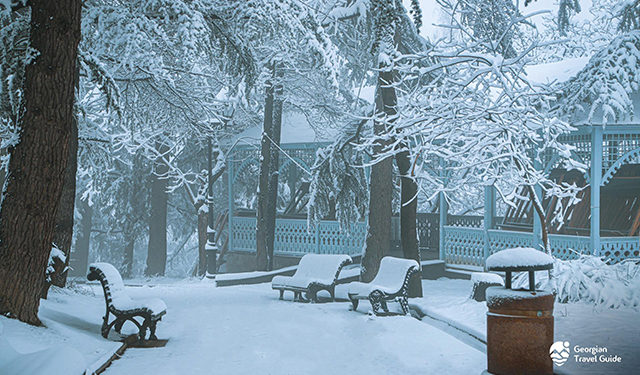 It seems totally irrelevant to put forward the theme of recreation rights in the midst of the pandemic, when people are simply trying to do their possible best for their physical survival and keep ticking for as long as they can. But any agreeable activity during our leisure time, be it enjoyment, amusement, pleasure, refreshment or curing a sick person, is a positive action even if we are very busy and terribly short of discretionary time.

Georgia is a country abound with natural resources for recreation purposes, but nobody can say we use the chance to the utmost, although the hotels and guest houses in resorts are usually packed, especially at times of high seasonal demand. And it is not at all necessary to wait for a special moment to relax, when the holiday time comes and everybody is entitled to take a deserved leave from work. Those who rationally make use of their weekend recreational potential might agree that every single hour spent in the lap of nature might double or triple the chances of their working with heightened productivity during the following week, especially if that useful move costs practically nothing.

Throwing in a couple of relevant examples might make some sense here. Many disgruntled city dwellers would complain that there is nowhere to go and relax in Tbilisi. Not true! Last weekend, my wife and I used the funicular to get ourselves up to the beautiful and well-equipped Mtatsminda Park, which overlooks almost the entire city. And behold, almost one-meter of snow had whitened the area, almost blinding to the eyes, but giving the most amazing crunching sound under the feet while we walked. Nothing could have been more pleasurable than striding through the fresh, crisp snow, and breathing deep of the invigoratingly salubrious air.

So much for the great gifts of nature in Georgia- there were few natives around to enjoy it! In fact, we counted only 20-25 adults, just 10-15 kids, and several sporadic foreign couples in the entire park, this happening in a city of almost 1.2 million people. Just imagine the level of bliss for Tbilisi’s concrete-bound kids had they been given a chance to ski and slide and play with snowballs and build a snowman with a big carrot for a nose! There are tens of thousands of little boys and girls who would have loved to roll in the deep snow, all day perhaps, if their parents had the slightest clue of what such recreation might mean to their children and to them too, for that matter. Alas, nothing of the sort happened that beautiful winter day because we Georgians clearly have no healthy habit of recreational joy. This is like a shoemaker’s kids having no shoes! Yes, Georgia has it all, but we are not using it to the extent we should, not least for the sake of our posterity.

On leaving the absolutely amazing Mtatsminda Park, adorned with its winter colors and sights, we made for the Tbilisi Botanical Garden, where the picture recreation-wise was even poorer: no grownups, no kids, no recreational enthusiasm, no nothing! And finally, there came Turtle Lake, where some hope started glittering from the distance, but here, not enough snow to elate in the winter fashion, and the visitors were mostly adults, the familiar bunch of richly dressed strollers who frequent the place – same people, same clothes, same manners, same exchange of up-and-down assessing looks. Nothing overly physical and health-boosting happening.

Well, tastes differ, of course, and each of these tastes has to be honored, but this talk is about our recreational habits and attitudes that leave so much to desire. The unfortunate feeling of frustration pushed us towards the remaining destination – Vake Park, where we could see just a handful of prams, lazily pushed by indolent moms and dads, or glaringly callous baby-sitters overloaded with their own thoughts and preoccupations.

Is the picture dire enough to refuse to enjoy the Georgian national gorgeousness, pregnant with enumerable chances for the healthiest possible recreation? Never! And Georgia’s precious guests from various foreign countries know that because they have all their five senses with them when they land here, thanks to which they know very well how to tell black from white, only, they don’t understand why Georgians themselves do not want to take in those God-given pleasures, saying nothing about the absence of the desire to crisscross their beautiful land up and down, and back and forth. We can hope that someday they’ll see. 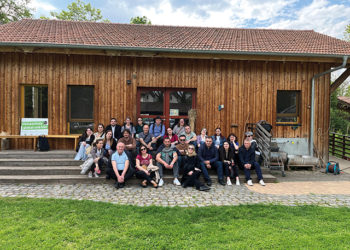