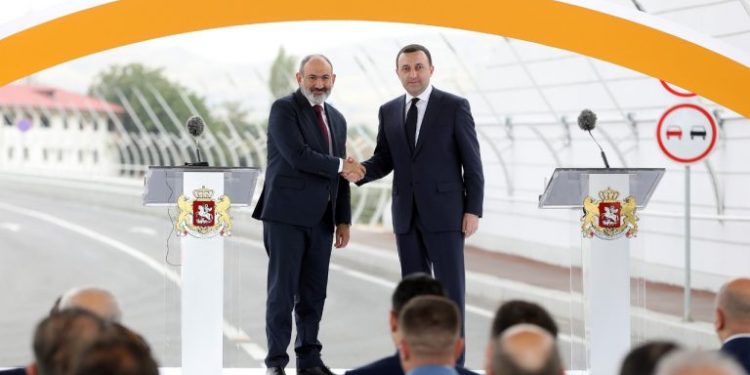 “The friendship between our countries is measured by many centuries. Our relationship is not only an example of brotherhood and friendship, but it is an important prerequisite for the prosperity, stability, security, and development of the entire region. The bridge of friendship that we built together embodies the success of our cooperation and friendship,” stated the Prime Minister of Georgia, Irakli Garibashvili at the official opening ceremony of the new road bridge on the Debeda River near the Georgia-Armenia border.

Garibashvili opened the new road bridge together with the Prime Minister of the Republic of Armenia, Nikol Pashinyan.

The Prime Minister noted that the 160-meter 4-lane bridge is a unique project in the region. As he noted, the bridge will not only be useful for the citizens and guests of Armenia and Georgia, but it also acquires strategic importance as an important part of the East-West international highway.

He drew attention to the positive dynamics of trade and economic relations between the two countries and noted that the key importance of these relations is the communication routes, which enable integration with the world economy, as well as ensuring vital connections at the national, regional and international levels.

As Gabribashvili noted, Georgia, as a transit country, is of great importance for Armenia in terms of a reliable and safe supply of energy resources, communications, and telecommunications.