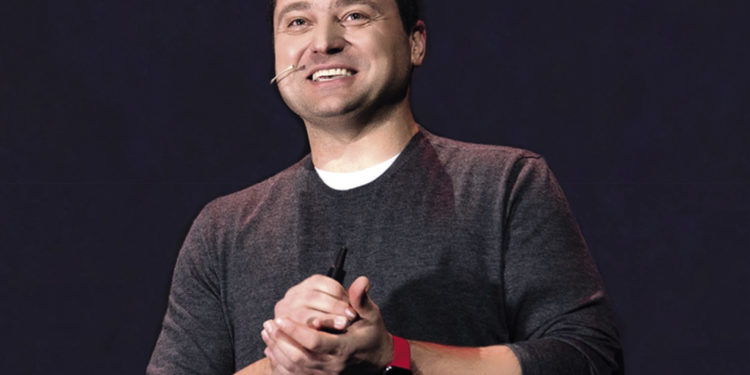 Georgian billionaire and philanthropist Mikhail Lomtadze has been included in the list of billionaires of Forbes, following on from renowned Georgian businessman Bidzina Ivanishvili. Lomtadze, with $3.8 billion in assets, is in the 812th place on the Forbes list.

Forbes this week wrote that the founders of Kazakh company ‘Kaspi’, Vyacheslav Kim and Mikheil Lomtadze became billionaires as a result of placing the company’s shares on the London Stock Exchange. Kaspi is the largest tax and financial technology company in Kazakhstan, with more than 7 million users every month, and Lomtadze’s fortune was initially estimated at $3.8 billion after the company was made public. Kaspi itself earned $1.3 billion in revenue in 2019, while its net profit for the same year was $515 million. In the first half of 2020, the group generated a revenue of $740 million and a net profit of $286 million.

Further, the 2021 PricewaterhouseCoopers (PwC) CEO Survey this week named the Georgian businessman as Kazakhstan’s best CEO: the third year it has done so.

“Thank you to everyone for appreciating our work and to PwC for organizing the survey,” Lomtadze told Forbes. “This is another recognition of Kaspi.kz’s amazing management team, which continues to lead from the front, developing innovative mobile digital products that fulfill our mission to improve people’s everyday lives and play a major role in Kazakhstan’s digital transformation.

Mikhail Lomtadze holds a BBA degree from the European School of Management in Georgia, and an MBA degree from Harvard Business School. He founded the Tbilisi-based auditing and consulting firm ‘Georgia Consulting Group Audit’ while still student. His early career saw him moving quickly through the ranks of Russian and then Kazakh financial and investment institutions, and just four years after graduating, he had such positions under his belt as Head of Russian Venture Capital Association, Chairman of the Board of Directors of Europlan, the largest car leasing company in Russia, and Board Member for Center of Financial Technologies, with an investment of over $30 million.

He has received much recognition and numerous awards over his career, among them ‘Financer of the Year’ and ‘Manager of the Year’ in Kazakhstan, and Forbes Kazakhstan’s ‘2020 Businessman of the Year.’ As if he couldn’t get any better- he is also a big philanthropist, having supported Kazakh veterans, vulnerable children, infants needing medical treatment, and various cultural and business-educational events.

From 2018 to date, Lomtadze has been a shareholder and Chairman of the Management Board of Kaspi.kz, which includes Kaspi Bank, Kaspi.kz marketplace, and all its products and services. He has proven innovative and forward-thinking in his role there. In November 2019, he presented Kaspi Kartomat, a unique innovative device which allows customers to received personalized Kaspi Gold payment card in under 60 seconds. Usually, it can take up to 10 days to get a personalized card in Kazakh banks.

Kaspi.kz listed on the London Stock Exchange in October 2020. The stock opened at $38 per share and traded as high as $46.90 with volume of more than 4.4 million shares. The IPO gave Kaspi a market cap of $6.5 billion as of today. It was the second largest IPO of the year and the fourth largest in all of Europe.