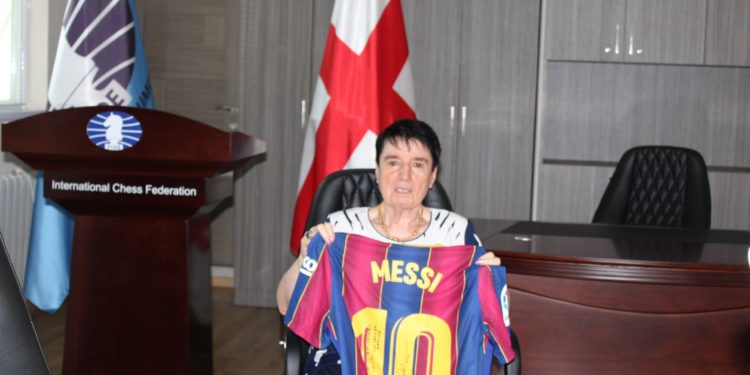 The Georgian Chess Federation reported that Lionel Messi sent an autographed T-shirt to Nona Gapindashvili, five-time world chess champion, on the occasion of her 80th birthday.

Akaki Iashvili, Vice-President of the International Chess Federation, handed the gift to Nona.

Lionel Messi, the 6-time winner of the Golden Ball, sent a T-shirt with a Spanish inscription to the Georgian champion: Nona, happy birthday!

“This gift was very unexpected for me, but here are such words, my name is also written, Happy Birthday – Leo Messi. In my museum, this T-shirt will take the place of a special exhibit,” said the Georgian champion.

Nona Gaprindashvili has been a fan of Barcelona and Messi for years. The Argentine football player learned about it from FIDE leaders, and the main initiator of the surprise was FIDE Vice President Akaki Iashvili.