Mariam Kapanadze, Shadow Theater Actress, to Be Awarded by MFA of Japan 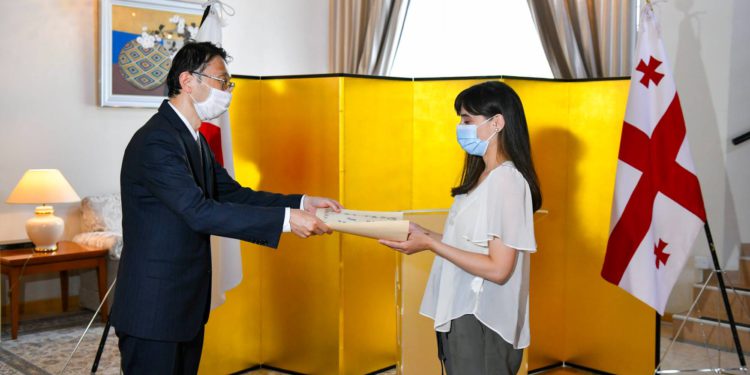 Source of photo: The Ministry of Culture, Sports and Youth Affairs of Georgia

The Ministry of Culture, Sports and Youth Affairs of Georgia reported the actress of the State Theater of Shadows, Mariam Kapanadze, has been awarded the Japanese Foreign Affairs Ministry award.

Mariam Kapanadze, actress of the Professional State Theater of Shadows “Abkhazia,” was awarded the Japanese Foreign Minister’s Award for her animated film “Abandoned Village” at the New Chitose Animation Festival. The award was presented to the actress by the Ambassador Extraordinary and Plenipotentiary of Japan to Georgia, Imamura Akira.

The event held at the residence of the Ambassador of Japan was attended by the Minister of Culture, Sports, and Youth Affairs of Georgia Tea Tsulukiani and the Artistic Director of the Shadow Theater Gela Kandelaki.

Mariam Kapanadze is the first Georgian actress to win the New Chitose Animation Festival. She has been a film director and actress since 2013 and participates in all theater performances.