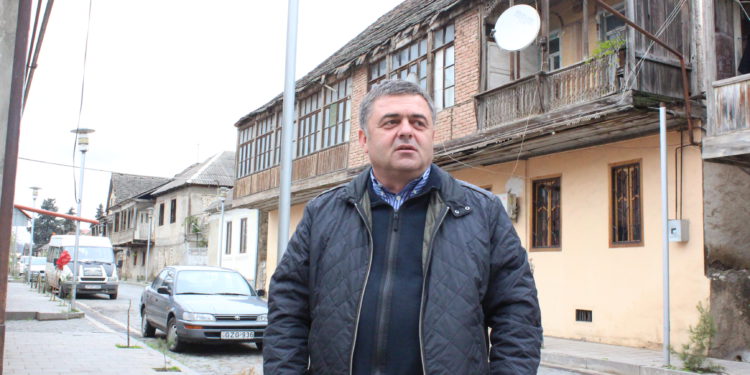 The European Commission has launched a call for proposals and grants for Armenian, Azerbaijani, Belarusian, Georgian, Moldovan and Ukrainian municipalities under the EU initiative Mayors for Economic Growth (M4EG).

Founded in 2017, the Mayors for Economic Growth initiative supports cities in above-mentioned countries, aiming at facilitating growth and job creation by improving the local business environment, stimulating entrepreneurship and attracting investment for sustainable economic development. It particularly supports municipalities in designing Local Economic Development Plans (LEDPs), which along with generally stimulating economies, foresees and addresses shortcomings in local services and has an impact on job creation and inclusion of women in the job market. After action plans have been devised, projects developed by the municipalities are implemented with financial support from the EU. In short, Mayors for Economic Growth is a way for municipalities to improve for the better, with funds from the EU.

During the first phase of the initiative, completed by October 2020, over 400 municipalities across the region had committed to the initiative’s objectives, and over 230 LEDPs had been designed in line with the M4EG guidelines. Sixteen pilot projects are being implemented in the region.

The second phase of M4EG aims at supporting the implementation of LEDPs developed under phase I. Moreover, phase II has a new focus on the preparation of investment projects, both public and private, and supports the implementation of additional pilot projects building on the existing LEDPs – 15 large municipal projects, as well as 50+ smaller-scale projects, to tackle particular issues requiring targeted support, including innovation and gender. Geographical balance among countries and within countries, between capital cities and regions, are ensured.

Balance is also ensured in the partition of grants. The overall indicative amount made available under this particular call for proposals is €10 million (€5 million to Armenia, Azerbaijan, Belarus, Georgia and Moldova, €4 million to Ukraine, and €1 million to the implementation of actions based on Local Economic Developments Plans).

In Georgia, Bolnisi is one good example of how the Mayors for Economic Growth can help a city implement effective changes and ensure its sustainable development. The project, which recently won an EU grant within the framework of the M4EG initiative, will last for 36 months and will help Bolnisi municipality establish an agricultural center, currently under construction. It will be a space for farmers to access mobile services related to local agricultural production, including packaging of fruit, vegetables, cheese, meat and wine.

“This EU initiative is based on one goal – to help so-called “active mayors” in supporting economic development in their territories and in creating as many jobs as possible,” according to Zvian Archuadze, coordinator of this initiative in Azerbaijan and Georgia.  “The initiative helps the municipalities in two areas: first, to understand what resources are available in the municipality’s area and which are the important areas requiring economic development; it also helps develop short-term action plans and supports self-governments to improve the qualifications of their staff. The second area is financial support provided by the EU to mayors to implement ideas aimed at economic growth and development.”

Archuadze says that about 45 municipalities are enrolled in the initiative throughout the country, and the way they use EU support depends on their activity:

“Being an ‘active mayor’ means that the mayor has to express a willingness to become a member of the initiative and join our club. After becoming a club member the mayor has one obligation: to develop an economic development plan with our help and, even more importantly, together with the local population and local businesses. The plan is inspected by the EU initiative – the secretariat working in this project. The inspection clarifies how properly the mayor fulfils this obligation; if the plan has not been developed correctly, it is rejected. In contrast, mayors whose plans have been developed properly and assessed positively by the initiative are given the possibility to receive EU grants and use this financial support for the implementation of economic changes in the municipality.”

For the current call, an online information session for applicants will be organized on 4 March 2021 at 13:00 (Brussels time).

In the first instance, concept notes must be submitted for evaluation by 6 April (16:00 Brussels time). Thereafter, lead applicants who have been pre-selected will be invited to submit a full application.

“Mayors for Economic Growth” is an initiative created in the framework of the EU’s Eastern Partnership and aimed at sustainable municipal development. Through this initiative, the EU ensures that the lack of funds won’t stand in the way of municipalities orientated on their development and empowerment.