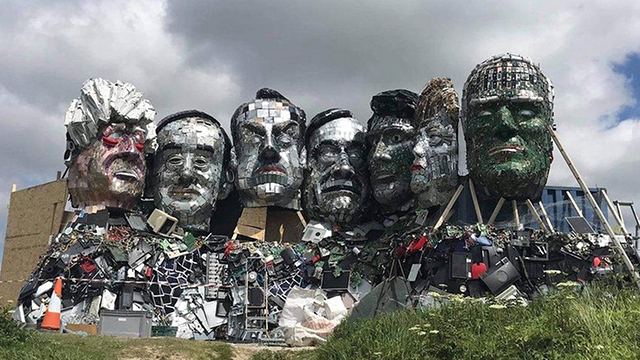 One of the most noticeable paradoxes of our time is that the world seems to be both united and separated; united because the world today has become so small that the nations are compelled to be in the closest possible economic touch with each other, and separated because the concept of geopolitical individualism with strongly protected borders is more important to any nation today than the notorious international integration of even the highest sophistication.

Look, for example, at the G-7, a celebrated bunch of the world’s biggest economies! They coexist, they interact, they cooperate, and still, they are detached from each other, their national interests being miles apart, and their respective cultures totally removed from the commonness of both their form and content. The kinks and tricks administered by various countries against one another makes them momentarily vulnerable if the behavior of one triggers doubts in terms of the seemingly compulsory international law, or the nowadays accepted rules of geopolitical games.

The G-7 used to be the G-8 before the Crimean annexation perpetrated by Russia. As a result, the question pops up: which model of the Great Group protects the world better – 7 or 8? Ask any of the G-7 leaders and we will not see anything more than shrugged shoulders. Their last summit took place a little less than a week ago in Carbis Bay, St. Ives, Cornwall, Great Britain, to discuss issues like the Covid-19 pandemic, climate change, world trade, world peace, international co-ordination on economic policies, regulation of digital currencies, unlocking of travel restrictions, protection of humanity from all future pandemics, and what not, all of them being extremely hot and topical at any point in time, but what matters most is how quick and effective might the great meeting’s outcome be on individual lives globally. Almost impossible to say!

It is curiosity-triggering that not all of it was put on the camera for the widely open public eye to watch, with some of the meetings and discussions held behind closed doors. Hopefully, this was done for a good reason, and not to the detriment of the affordable transparency of information.

It is also interesting that the summit-connected spending was so high. For instance, the price-tag on the policing operations for the meeting alone was up to a hundred million dollars, saying nothing about the rest of the expenditures.

Not many protests and manifestations were spotted during the summit, probably thanks to the extant medical situation. We happen to be aware that the perfidious pandemic kills the joy of all of it. And still, the local public, especially those in the arts, had their misgivings and second thoughts about the summit, which they expressed in their artwork. The visitors’ eyes in Cornwall were stuck on an extremely large sculpture of the participating world leaders which was inspired by Mount Rushmore of the United States, reflecting the images of four beloved American presidents. The difference between the two is that Rushmore is built from granite, and this one is made using trashed electronic appliances and scrap metal, and showing the faces of attending political leaders. The author of the sculpture, which is named Mount Recyclemore, is artist Joe Rush, who made a strong and impressive attempt to raise awareness of the issue of the impact of electronic waste on nature.

I wish every problem that was discussed within the frames of the summit was just as well reflected in other expressive sculptures like this, bringing surprise, and full of mockery and irony, so that the world’s decision makers think more and better, encouraged to pursue a stronger mutual cooperation in the undelayed killing of egregious problems which make the planet a sick place to live in. You know, art always speaks the word we all need to hear and cherish. And I definitely hear the scream!