Latest Trends of International Travel from Russia, Belarus, and Ukraine 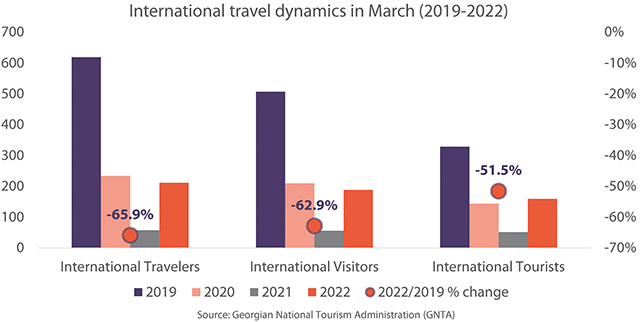 ENTRIES BY RUSSIANS, BELARUSIANS, AND UKRAINIANS
Since the Russian invasion of Ukraine on 24 February 2022, and the consequent imposition of sanctions on Russia and Belarus, a rapid inflow of international travelers into Georgia from Russia, Belarus, and Ukraine has been evident.

Meanwhile, entries by Belarusian citizens saw a dramatic 281.1% month-on-month increase, reaching 20 000 and amounting to 8% of total entries into Georgia. The entries by Ukrainian citizens increased by 53.5% compared to February 2022 and reached 16,900, accounting for 6.8% of total entries. However, the provided data does not cover how many citizens of given countries have crossed the border to leave the country (transit). 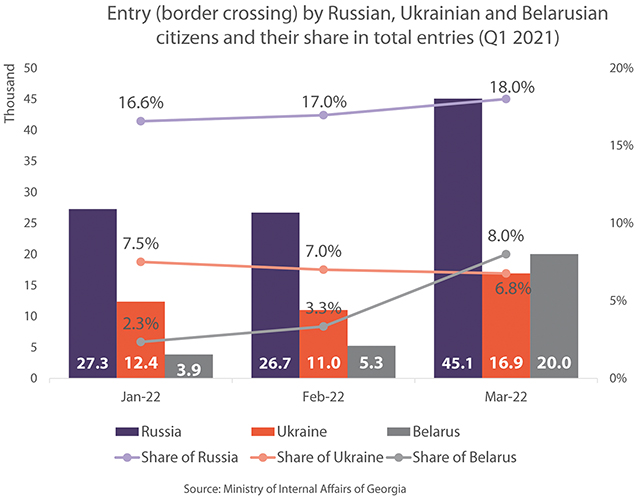 EXITS BY RUSSIANS, BELARUSIANS, AND UKRAINIANS
For further analysis, the number of exits by international visitors for the first quarter of 2021 should also be taken into consideration, as the statistics from the National Statistics Office of Georgia are counted as international visitors leaving the country. From the beginning of 2021, the number of exits by Russians, Ukrainians and Belarusians showed significant recovery. In January 2021, the exits by Russians reached 33% the January 2019 figure, while for both Ukrainians and Belarusians this figure was equal to 60%. 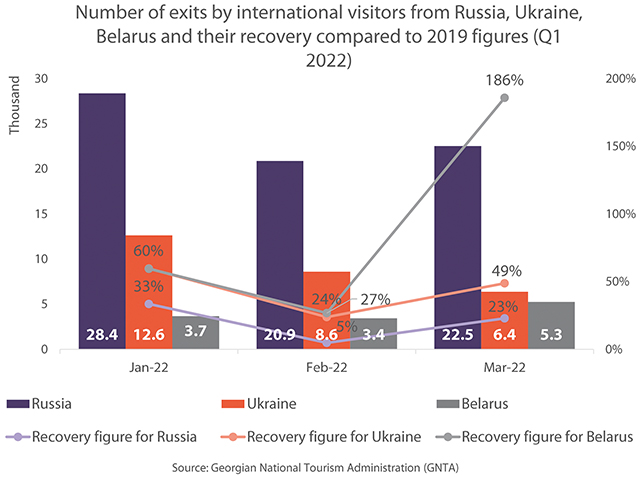 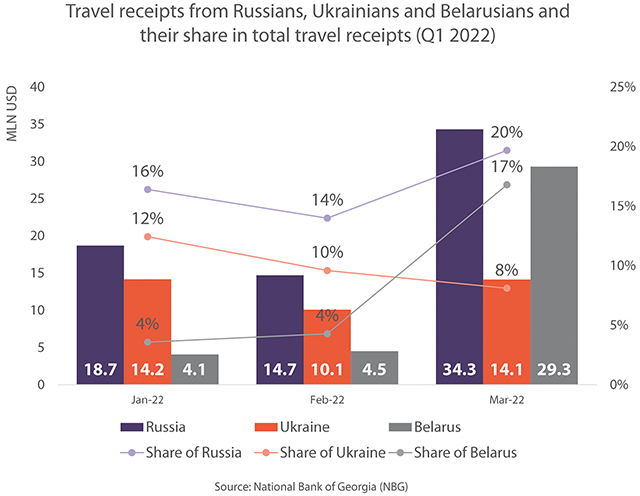 DIFFERENCES IN EXITS AND ENTRIES
After the beginning of the war in Ukraine, the border crossing statistics have revealed significant differences in the number of entries and exits by Russians, Belarusians, and Ukrainians.

Conceding that there may be some possible statistical discrepancies, the number of entries into Georgia in March 2022 from the selected countries was considerably higher compared to the exits in the same month. The difference is especially high for Russia, followed by Belarus and Ukraine. It should also be noted that March 2022 was the only month in Q1 2022 where such substantial differences could be observed. Complementing this trend, the receipts from international travelers have risen, with significant monthly rises for Belarus and Russia, followed by Ukraine. 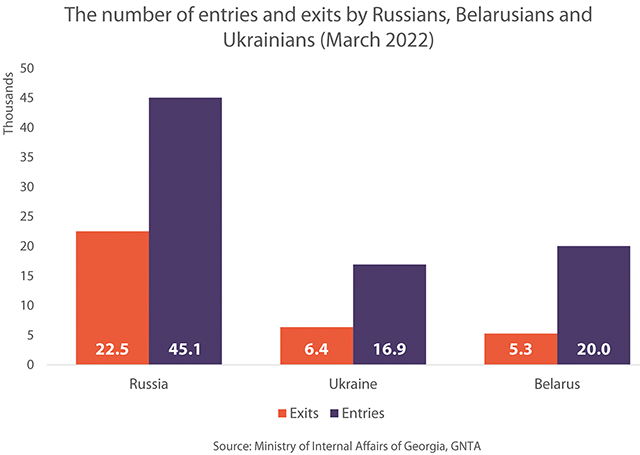