Israeli Innovation and its Support for Georgia’s Sustainable Prosperity 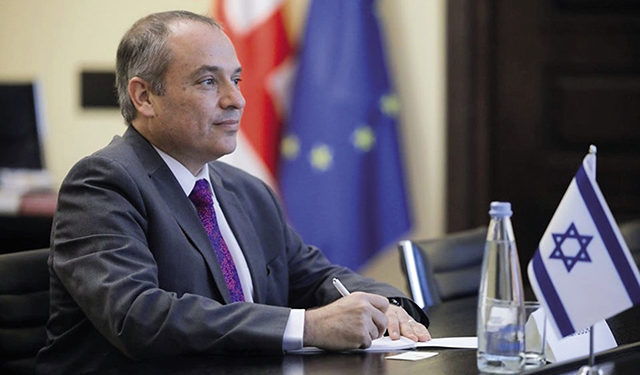 Israel will continue to support Georgia in aligning itself with the UN SDGs – for the benefit not only of its citizens, but of the world population as a whole.

Whenever I attend a supra, my Georgian friends justifiably boast about the splendor of their beautiful homeland, their phenomenal cuisine, and unique qvevri wine. However, they then sigh forlornly, wishing they could supplement all that with the famous “Israeli (or Jewish) brain”. I always protest that there is absolutely no difference in the average intelligence of Georgians and Israelis, but that the main distinction between our respective societies lies rather in the collective and individual mind-set.

Georgia has been blessed with plenty of water, fertile soil and a temperate climate. It enjoys friendly relations with 3 out of its 4 neighboring countries, as well as virtually the entire international community. Israel, on the other hand, is surrounded mostly by enemies, severely lacking in water, and 60% of its territory is desert.

Consequently, resourcefulness, creativity and optimism were indispensable right from the very inception of the State of Israel in 1948 for guaranteeing the survival of a nation created by refugees. 73 years later, the Israeli economy is largely based on groundbreaking innovation and the willingness to take risks. In other words, Israelis have been conditioned to treat every challenge as an opportunity, every threat as potential good fortune.

Innovation is, therefore, the hallmark of the Israeli economy. Tel Aviv contains more startups per capita than any city in the world other than Silicon Valley, according to the 2019 Global Startup Ecosystem Report. Prior to 2019, Tel Aviv contained the most startups per capita, even beating Silicon Valley.
Israel is a vibrant, multicultural society, with 9.2 million inhabitants who speak 35 different languages.

Since its establishment, it has absorbed over 3.2 million refugees or migrants. Israel’s land-area is 22,072 km² (about a 1/3 of Georgia’s) with an average population density of 400 people per square kilometer. Over 90% of the country’s population lives in urban areas. Therefore, sustainable development in Israel is not a luxury or a catch phrase – it is vital in order to improve the well-being of present and future generations. This is one of the reasons that Israel attributes great importance to the SDGs and to the processes they engender. 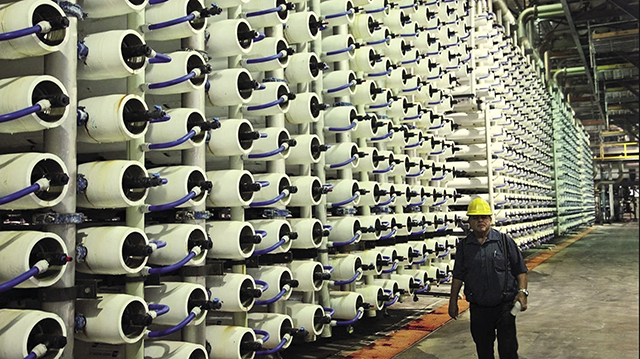 This kind of attitude has never been more crucial than now. The international community is at a crossroads of historical magnitude – as evidenced by the recent COVID-19 pandemic. The world is experiencing extreme challenges, not only climate change, but many social and economic upheavals to which only ambitious and concerted efforts by all countries could possibly provide a long-lasting solution.

The vision is clear and manifested in the UN Agenda 2030 and its 17 Sustainable Development Goals (SDGs). Our immediate and urgent obligation is to protect and improve our world for all its current inhabitants. We also have the responsibility as caretakers for future generations. Israel is fully committed to working in unison with others to turn the vision into a reality, and the SDGs are our plan of action. The SDGs give voice to the mutuality and interdependence of development. They highlight the need for concerted action on all three pillars– social, economic and environmental – by all countries at all stages of development and growth.

In 2019, 9.3 million foreign tourists visited Georgia, enjoying its gorgeous nature and appreciating its superlative hospitality, and home-grown food and wine. Nevertheless, many Georgian rivers and much arable land have sadly become polluted or over-exploited, and access to clean drinking water is still far from guaranteed. According to GSPSA (Georgian Society for the Protection & Safety of Animals): “Georgia’s biodiversity is at significant risk of degradation and degradation of natural habitats, excessive use of natural resources, environmental pollution, invasive alien species, and climate change.”

However, what if more food could be produced while using less land? What if we could increase productivity instead of augmenting agricultural land? Use less water to grow more fruits and vegetables? Alternatively, produce meat in a lab rather than in the ever-dwindling forests? Moreover, is it possible to maintain food security while reducing the risk of further pandemics?

Israeli research and experience demonstrate that all this is possible. For example, drip irrigation can replace flood irrigation, which is less efficient and consumes enormous natural resources. Using purified sewage for agriculture and irrigation can save many water bodies from contamination and over pumping. Israel holds the world record for water reuse, recycling almost 90% of its wastewater for use in agriculture. It also has one of the most unique national water systems in the world, with some 80% of its drinking water being desalinated saltwater.

Food production in greenhouses can free enormous areas where crops are limited, save money and diminish environmental pollution caused by pesticides and chemical fertilizers. Israel is also a world leader on animal protein replacements. Innovative Israeli companies have successfully produced lab-grown protein that is almost indistinguishable from high-quality meat, and have even grown real meat from animal cells in a lab.

Georgia has been a unique oasis, an unrivalled natural ‘gem’, since time immemorial. The younger generation of Georgians has already embraced the kind of proactive, entrepreneurial and inventive mindset necessary to guarantee future, sustainable prosperity. Israel will continue to support Georgia in aligning itself with the UN SDGs – for the benefit not only of its citizens – but of the world population as a whole.