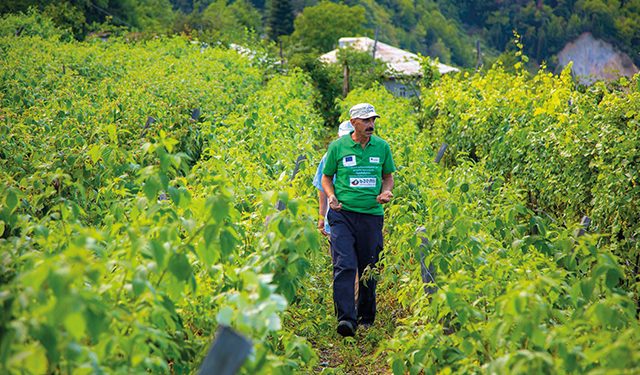 The growth of highland regions is part of Georgia’s regional development policy. However, it requires a specific approach since the mountainous places, contrary to other regions of the country, are more at risk of natural disasters, which often leads to the deterioration of living conditions and also reduces the opportunity for agricultural activities.

“The most acute problem of the population of high mountain settlements is low income and unemployment, which limits the opportunity to improve the well-being or socio-economic status of the population. This, evidently, promotes the migration of the population from the highland settlements,” Ekaterine Meskhrikadze, Deputy Head of Mission of Caritas Czech Republic in Georgia, tells us.

She notes that the mountainous regions of Georgia are remarkably rich in biodiversity and architectural monuments, and are distinguished by an abundance of cultural heritage monuments which all needs protection. The state adopted a particular approach to the mountainous regions to encourage the connection of the local population to the mountain and to create equal conditions for them corresponding to other regions of the country in order to ensure socioeconomic development.

“Georgia has a great vision in this direction and quite important steps have been taken in recent years,” Meskhrikadze says. “However, the development of mountainous regions is associated with quite large costs, given the risks caused by natural disasters. The local budget is not enough to solve all the problems, and therefore donor support becomes crucial.”

GEORGIA TODAY sat down with Ms Meskhrikadze to find out more. 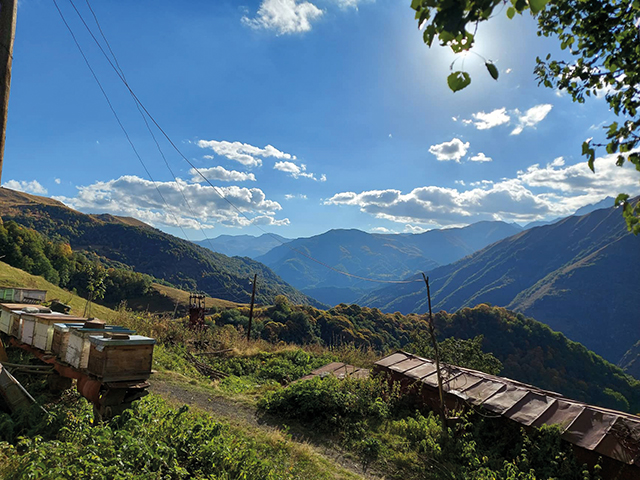 What is the overall vision of the organization and what are you working on at the moment?
By supporting agriculture, tourism, and alternative economic activities, we are trying to promote the strengthening of the countryside, the promotion of our target regions (Tusheti, Pshav-Khevsureti, Khulo, Racha) and the involvement of women in economic activities. Women of the highland regions are active and have shown their strength in doing business. This especially applies to the field of tourism and services.

Czech Caritas works in several directions, among which is the health and social care sector. Since 2017, we have been actively involved in environmental protection. In the rural development sector, unlike other fields, we have implemented relatively fewer projects, but in terms of their importance, all these projects are very large and have resulted in significant changes.

We executed the first project in Tusheti with the financial support of the Czech Development Agency and in close cooperation with the Tusheti Protected Landscape Administration. The goal of the project was to promote the sustainable development of the Tusheti region and increase the incomes of farmers by diversifying traditional farming and offering alternative economic activities.

Within 4 years of its implementation, the project introduced modern practices for the production of vegetable crops, in particular, potatoes and other vegetables. Add to this the development of wool production and additional economic activities of farmers through small grants and educational activities.

Tell us about the ENPARD program in Khulo municipality, which you implemented in cooperation with the PMC Research Center.
Within the framework of the project, a local development group was created where they used the experience of the Croatian leadership, to develop a Khulo development strategy. Special attention was paid to the tourism development potential, and, in accordance with strategic priorities, 75 projects were financed, of which 35 were startups which contributed to the improvement of living conditions in the Khulo municipality, increased tourism potential, created around 300 new jobs, and resulted in an overall increase in the well-being of the local population.

The support of the rural development sector continued through the project implemented with the financial support of SlovakAid in Racha, namely in the municipalities of Ambrolauri and Oni, which was executed during the pandemic and was a very important support mechanism for the population of the region, since the project helped small and medium businesses to maintain jobs. A total of 26 projects were financed and as a result, 40 jobs were maintained. In addition, 152 socially vulnerable families were assisted with the creation of a means of livelihood.

“Right now, Caritas Czech Republic has an ongoing project in the direction of animal husbandry, again with the financial support of the Czech Development Agency, which is implemented in the geographical area of Khulo municipality, Pshav-Khevsureti and Tusheti protected landscape,” Meskhrikadze says. “The project aims to develop the livestock sector, which in turn involves supporting project beneficiaries by promoting the introduction of sustainable grazing practices, artificial insemination practices, and veterinary practices, and developing the necessary linkages. In this project, we cooperate with the Georgian Farmers’ Association and the American company Land O’Lakes, which implements agricultural development projects all over the world, including in Georgia.”

Next, we spoke to Lado Kakhoidze, Head of the Tusheti Protected Landscape Administration. 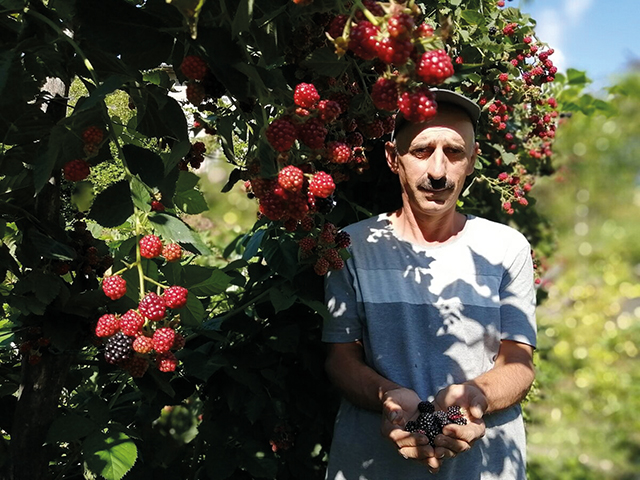 Is it important to develop villages by protecting their traditions as far as possible, and is it crucial to preserve an authentic environment?
Tusheti has one of the largest protected areas in Georgia – Tusheti State Reserve, National Park, and Protected Landscape – and is very rich in traditions. Here, the traditional way of life is preserved and continues – nomadic sheep herding and cattle breeding with endemic breeds – the Tushuri horse (Equus ferus caballus) and the Tushuri sheep (Ovis Aries); we have a vertical zoning system of land use and grazing; the tradition of sustainable consumption of natural resources (timber consumption, Khata forests); a special style of accommodation – village-Bosloba (winter and summer residences), which is an authentic characteristic of Tusheti, with settlements built of slate stones, fortifications and cult buildings,” he tells us.

“17 villages of Georgia are important cultural heritage monuments, and two of them – Keselo Castle Complex and village Dartlo are included in the UNESCO World Heritage Tentative List. In Tusheti there is traditional folklore, orally transmitted folklore, and special cuisine, traditions formed as a result of the harmonious coexistence of man and nature in the depths of centuries.

“During the Soviet Union, these traditions began to disappear. The priority of the Communist Party for the development of livestock and sheep breeding was to increase the number of cattle as much as possible. As a result, the entire Tusheti area, with its villages and surrounding arable area, was turned into pasture. This led to the disruption of the traditional land use system, which was based on the principles of vertical zoning, damaging the ecosystem of the meadow, where it was traditionally plowed and sown. Erosion and landslides began to be seen in these places. During the communist period, the population actively began to change the settlement, which destroyed the unique tradition of the village, the villages were destroyed and deserted,” says Kakhoidze.

What is being done with Caritas in this direction?
“Caritas Czech Republic is actively involved in the development of agriculture in Tusheti, in particular, cattle breeding, and in this way, supporting the population living in rural areas. As a result, in Tusheti, the development of beef cattle breeding and the creation of a key marketing chain of meat, the improvement of food production, through introduction of the correct management of selected pastures, and the improvement of the quality of on-site veterinary services, will be promoted,” he answers.

“Also, educational training and practical lessons are being conducted for local farmers. In this activity, Czech Caritas is actively supported by the administration of the protected landscape of Tusheti and the Akhmeta Municipality.

“Czech Caritas had another project supporting traditional agricultural sectors in Tusheti in 2016-2017.”
Irakli Javakhishvili, a business development expert, explained to us the importance of development of the economic chain.