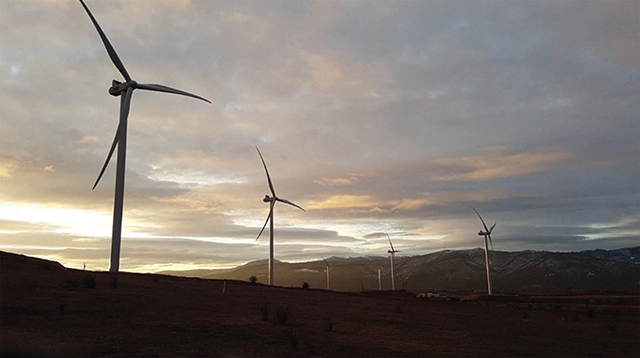 This initiative will support the further development of Georgia’s local capital market through its first domestic green bond and the largest in the country. Photo: Qartli Wind Power Plant, GRPO

The bond issuer is Georgian Renewable Power Operations (GRPO), an affiliate of Georgia Capital, a leading investment management company in the country. The landmark transaction and the investment is expected to help mitigate climate change by avoiding around 170,000 tons of CO2 emissions annually, equivalent to greenhouse gases from over 33,000 vehicles.

The aim is to boost private sector-led renewable energy generation and energy independence in a country where over 30% of demand is met by imports and gas-fired thermal plants, and where electricity consumption is increasing.

With the war in Ukraine disrupting financial markets and access to finance, local capital markets can play a key role in mobilizing investors and providing alternative financing sources. While Georgia’s corporate bond market is still emerging, the project is expected to catalyze further issuances of green bonds and other sustainable finance instruments. That will spur capital market development in the country, critical amid the volatility and uncertainty caused by the war, and its impact on energy security.

Zurab Gordeziani, Chief Executive Officer of GRPO, said: “The transaction will contribute to the development of the Georgian capital market through being the first green secured bond issuance on the Georgian capital market and the largest corporate transaction. The issuance was met with considerable interest from investors, including international financial institutions. GRPO expresses its gratitude to IFC for acting as an anchor investor in this transaction.”

“ADB’s assistance will support the further development of Georgia’s local capital market through the first domestic green note and largest bond to be listed in the country,” said ADB Private Sector Operations Department Senior Investment Specialist David Urbaneja-Furelos. “This investment builds on our track record as an anchor investor in Georgia’s past green bonds and shows how our involvement in these and other debt instruments can help our members to meet their climate goals.”

“I am delighted to announce that GRPO successfully issued an $80 million green bond. The transaction met with considerable interest from investors, being able to access capital even during the current unprecedented times. We are thankful to ADB for playing a key role as one of the strategic investors in the note,” said Georgia Capital Chairman and Chief Executive Officer Irakli Gilauri.