If You Build it, They Might Not Come – Georgia’s Mountain Tourism Conundrum 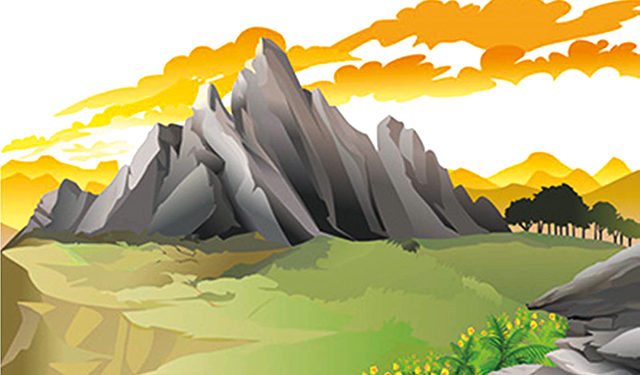 Might Georgia’s push to transform its mountain villages into holiday getaways for tourists be doing more harm than good?

Leveraging tourism as a strategy to ensure the livelihoods of Georgia’s 1731 mountain villages, and the quarter of a million people who live in them, has been taken for gospel in recent years, with most recommended solutions to the decline in local populations and the economy focusing on the development of tourism, new roads and hotels.

But could it be doing more harm than good to the country’s fragile mountain regions?
A conundrum presented in a report from academics at Tbilisi State University and University of Zurich voices a view that is now being heard more often: while tourism brings a short-term economic fix, tourism could do long-term damage.

The danger is, this group of tourism specialists says, that for mountain livelihoods any decline in tourism “leaves local residents with an underused tourist infrastructure, developed mainly at the expense of agricultural land—and hence rootless and without resources and prospects for the future.” This speeds up the exodus of the population and further increases poverty.

Mountain villagers have been quick to latch onto tourism opportunities: “[E]very second family has built a guesthouse,” is the comment in “Is Tourism the Beginning or the End? Livelihoods of Georgian Mountain People at Stake,” published in the journal Mountain Research and Development at the end of last year.
However, what needs to be overcome, the report states, is “a narrow view of the opportunities that tourism offers.“ For example, local residents “mostly associate tourism with agriculture, neglecting alternative non-agriculture activities.”

What is vital, says the report, is “understanding the transformation of rooted livelihoods.”

Another report on mountain development, “Supportive Tourism,” this time from a group of Georgian, German and Austria academics and published in Annals of Agrarian Science, also voices concerns about the narrow focuses of the tourism development program: “[…] strategies mostly consider tourism’s impact on [mountain, rural] communities in terms of its direct consequences such as new constructions in accommodation and catering units, ski trails, etc.”

Campaigns for mountain tourism, it continues, “should be directed towards encouraging local, traditional, authentic and innovative production rather than promoting a mass-tourism market with similar product chains in every destination.”

Mountain regions, with their extreme complexity, require more integrated economic development than the lowlands, and it would be better “to build on the strength of their assets, such as traditional knowledge and niche production.”

The view that tourism must be handled with care has also been shared by 7000 Tush and other locals. This was the number that signed a petition several years back against mass tourism plans and a $88 million mountain road project to connect Georgia’s northern Khevi region with the northeastern Tusheti region, going through the Khevsureti region, and linking up with the Pankisi Gorge.

The Tush petition stated that motorized mass tourism was not at all what the petitioners wanted and that the new road going through virgin territory would degrade the region’s habitat. Thus, it would damage the highly successful niche adventure, equestrian, trekking and eco-tourism businesses that they had been building, aimed at high-spending international tourists.

“We strongly believe that repairing existing roads is the solution,” the petition stated. Subsequently, this new road project was dropped on the grounds of the complexity of the physical terrain involved.
For the World Bank, skill building is a vital component in mountain development, for everything from landscape management to tourism, farming, forming enterprise structures and encouraging women entrepreneurs, all of which is set out in its report “Development of High Mountain Regions of Georgia 2019-23.”

The World Bank’s aim has been to ensure that any short-term responses create greater resilience and avoid exacerbating existing system failures. The World Bank has thus been funding training and grants and incentives for small- and medium-sized enterprises (SMEs), strengthening all the national and regional government agencies that touch on tourism, from cultural heritage to municipal development and mountain resources, improving tourism management, destination management, branding, marketing, and promotion and training for the development of skilled workforces.

The World Bank report is wide-ranging and detailed on integrated development, and focuses mainly on niche tourism and its spin-offs.

However, it states that “success depends on concentrated investments in transformative improvements of core tourist hubs; connections between these hubs and secondary attractions and any supplementary tourist infrastructure/services in peripheral locations should be carefully assessed and ranked.” While the project does incorporate spending on infrastructure, it is mainly small-scale, such as the restoration of historic buildings, water systems, hospitality structures and tourism facilities (including huts along trails), improved solid waste management, and rehabilitation of selected access roads (rather than building major new ones).

Its concept “aims to promote a sustainable, green, and efficient use of the available natural and cultural assets to leverage mountainous regions for niche tourism sectors and related economies (e.g., adventure, homestays, gastronomy, agrobusiness, handicrafts, etc.).” Also included is the building of strong partnerships with local government and NGOs as well as with the private sector.

Another angle, in the report “Supportive Tourism,” is the need for “understanding and utilizing tourism as a starting point for other local economic actors,” to increase demand for local services and products and as a supportive platform for the local economy to enter into new markets. For example, tourists wanted regional dishes and local produce, and often these were not available, with supplies having to be brought into the mountains.

Studies in the Kazbegi region showed, the report states, that “[…] while advancement of tourism is rapid, the indicators of agriculture activities are significantly decreasing in the region.”
The absence of professional food processing infrastructure made it challenging for local small-scale farmers to deliver agrifood products that conform to safety standards. Lack of price competitiveness compared to mass-produced, low-quality goods available from outside the region depressed local demand.”

The Tush tourism entrepreneurs had done their homework. Tourist preferences, according to Geostat and the Georgian National Tourism Administration, indicate that while overall international tourists are mostly interested in shopping (67.0%) and in eating and drinking (66.6%), those coming from “high-spending countries” (around 20%) want to “visit nature.” The mountain destinations come near the top on the bucket-lists of high-spending tourists.

There is no shortage of ideas to enhance local production in the reports.

“Supportive Tourism” lists the following ideas, which are designed primarily for building up the local food industry and organic production to widen the market and farmers’ sales networks for local tourism, as well as ideas for the products, digital markets and e-platforms for local farmers that could be developed locally.

The creation of agri-bazaars and festivals, delivery services for local agri-foods, and cold storage for meat and dairy products are some of the other ideas, including the promotion of the construction of greenhouses to produce a variety of products and to overcome seasonality: a practice already in place in Mestia, Svaneti.

Proper branding and labelling, it continues, especially for organic products, will help overcome resistance to the higher-than-mass-produced prices.

“Ecologically clean products will become distinctive and demanded in the market, which will ensure their recognition by consumers and increase their competitiveness.”

Better communication was a plea from the writers of the Mountain Research and Development journal’s report “Issues with Applying the Concept of Community-Based Tourism [CBT] in the Caucasus” published by the International Mountain Society after surveying mountain villages: “Better communication with locals also helps them to promote and preserve both tangible and intangible culture in mountainous areas. Farmers’ associations and rural tourism development organizations spoke about the role of CBT in the valorization of traditional products, particularly organic, locally produced products.”

They noted that the involvement of CBT practices encourages farmers to restore forgotten traditions, because it increases their awareness of and access to the market.

The World Bank also sees communication as vitally important and wants to help the small mountain entrepreneurs “increase their capacity to be globally (and virtually) connected […] to offer relevant and authentic experiences that would allow them to take full advantage of the growing demands of higher-spending travelers.”

The World Bank wants to “expand the tourism industry to more remote areas of the country” but realizes that this requires “more integrated and innovative approaches to tourism development along selected value chains (e.g., nature and adventure, ecotourism, arts and heritage, educational.”

One area in which it is hopeful is in helping to remedy the depopulation of the mountains. “International experience […] shows that young urban entrepreneurs are willing to move out of cities and back to the countryside when new opportunities for tourism-related businesses and services emerge in remote areas. Previous World Bank–financed regional development projects in Georgia also provide evidence that the tourism industry is particularly amenable to creating employment for women (in Georgia, there is evidence that an estimated 55% of guesthouses are run by women).”

Assistance for women is particularly welcome, as a high number of mountain households are led by women, the men having left. In addition to guest houses, women have been adept at starting new tourism-related businesses that have wider appeal. Another Mountain Research and Development report, “Is Tourism the Beginning or the End? Livelihoods of Georgian Mountain People at Stake” lists one newly established, women-run, small local enterprise producing quality linen in Mestia.

There are signs of other businesses growing out of tourism, ones which are transplantable elsewhere in the country if local demand fails. The same report describes woodworking, stone and block workshops, ice-cream making and confectionery among them.

However, it concludes that this is mainly in the larger settlements, and it will be necessary to introduce measures to “soften existing barriers” (for example, with grants and training) to other economic sectors to prevent mountain residents from relying on tourism as their sole source of income.