I Beheld the Injured Eagle… 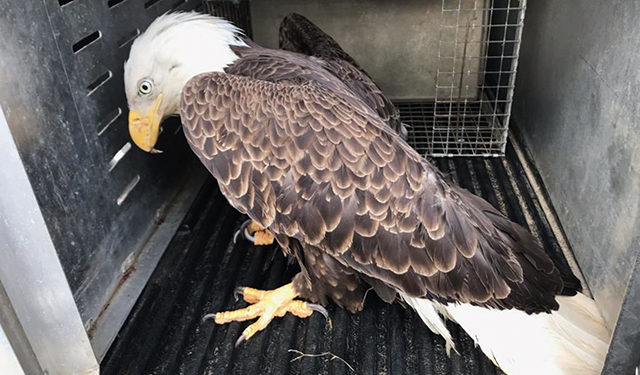 A well-known piece of poetry by the late Georgian genius Vazha Pshavela would describe today’s America better than most poetic lines about this great land of opportunity:
‘I beheld the injured eagle
In the fight with crows and ravens,
Trying to rise to feet again,
No longer being that able’

Yes, the United States has all of a sudden found itself in an appalling geopolitical limbo, watching while the seemingly tamed and restrained ancient land of Afghans surprises the world with its mindboggling display of well-sharpened teeth as it reinstates medieval rule in the country, rejecting the perennially modern American sociopolitical ideals and the western cultural values many locals neither accepted nor appreciated. America has been struggling in the last quarter of a millennium to have the world know that Man has never lived in a richer, fairer or happier society than theirs, alternating success and failure alongside the developmental logic of the nation; forever poised to grab the deserved victories in every walk of life.

Yet, if this were true, how could America have been caught napping so easily and flagrantly that its overly sophisticated military intelligence had no clue that the 300,000-strong Afghan army, trained by American servicemen and armed to the teeth with state-of-the-art weaponry, would so easily surrender to its nemesis without a single shot fired? Or that the president of the country would flee the capital in a matter of seconds, trembling with the fear of being executed by the incoming rough and overwhelming power? Yes, after two decades of heavy, imposing, but still meaningful presence in Afghanistan, the American military power and civil service are out, lock, stock and barrel, without even looking back. This, despite the fact that good men and women have been left behind those dangerous enemy lines, hoping to be rescued and given a chance to once again live a life of dignity.

Nothing could be more heartbreaking for any American patriot than contemplating thousands of vainly lost lives, the ineffectively wasted twenty years of unprecedented, strained endeavor to build up another nation’s potential for self-defense, to keep the world safe from brutal barbaric attacks, to in the end have to see all that bloodstained effort going down the tubes. Now, the most torturous question is whether the disaster could have been avoided, and if the answer is yes, why was it not steered clear of? Presumably and unfortunately, this question will not be answered for years to come, because the question is very, very embarrassing.

A propos, tools of mass communication like CNN and the rest of mainstream American media bent over backwards to ensure the defeat of the previous American administration and the occupation of the White House by the new, and as such, they are covering today’s Afghanistan blunder in moderate tones and hues to keep the applecart upright- knowing that making those famous journalistic waves at this time might damage their reputations, and may even insight some guilt. In spite of that, the press is currently full of headlines like ‘Experts Who Created Afghanistan Mess Should Be Fired’, ‘President and His Generals Must Be Held to Account’, ‘Americans Are Losing Faith in Government on Many Issues’, ‘In the Midst of a White House Breakdown’, ‘Helplessness of Being an Afghanistan War Vet’, ‘America’s Military Leaders Need to Resign’, ‘Biden’s Place in History is in Jeopardy’, ‘Humiliating End to Democracy-Promotion Fairytales’, ‘Our Leaders Are Unworthy of the Sacrifice’, ‘Evicting Trump Was Clearly a Catastrophe’, ‘Long Road to Resettling Afghans in the US’, etc.

There are also headlines out there that clearly support the government, among them ‘Biden Administration’s Afghan Critics Wrong in Almost Every Way’. And this is not bad at all, because nobody wants to see the famous American freedom and democracy die. There is still a chance to see them illuminate the hope that we can improve our interdependent existence on Planet Earth, although it is true that the injured eagle doesn’t seem to be quite so powerful anymore.