Growing Tensions between Russia and the Baltic States: the Kremlin Threatens NATO Members 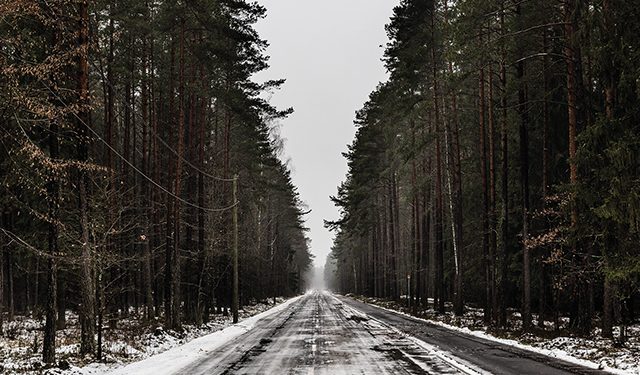 The Suwalki Gap, the most vulnerable land in Europe. Source: Time

The Russian officials have not yet fulfilled their plan to annex Ukraine; however, they are already threatening Europe with new hotbeds of conflict. This time, the Kremlin is targeting Lithuania, which has banned the rail transit of Russian goods through its own territory to the Russian exclave Kaliningrad. This is not the only reason Russia opposes Vilnius. If we look at the situation from a broader perspective, the Kremlin’s new line of confrontation with the North Atlantic Treaty Organization runs through Lithuania. Russia’s ultimatums and military rhetoric against Lithuania, who is a NATO member, poses a challenge to the Alliance.

In parallel with the recent tensions between Russia and Lithuania, expectations have been strengthened that Moscow’s next target may be the so-called NATO “Achilles heel” – the Suwalki Gap. If Russia manages to seize the corridor between Lithuania and Poland, Russia will establish a land connection with Kaliningrad via its ally Belarus. The possible threat of Russia invading the Suwalki Gap has long been talked about in the Baltic States, but this time, Russia’s threat to Lithuania is setting off real alarms.

Growing tensions between Lithuania and Russia
The escalation between Russia and Lithuania followed the suspension of the rail transit of Russian cargo. Russia’s Kaliningrad exclave, where up to half a million people live, sandwiched between EU and NATO members Poland and Lithuania, receives supplies from Russia via rail and gas pipelines through Lithuania.

On June 18, Lithuania prohibited the transit of all goods subject to EU sanctions, imposed on Russia for its invasion of Ukraine, via the rail link to and from Kaliningrad. The ban affects only sanctioned goods, such as steel and other metals, building materials and high-tech products. The mentioned categories of goods amount to a quarter of total Russian rail supplies to Kaliningrad, but after August 10, restrictions may also apply to the transportation of coal and other solid fuels. The transit of passengers and freight, the carriage of which is not restricted by the sanctions, continues.

The Lithuanian Foreign Ministry stated that the transit ban was enforced in conjunction with the EU sanctions and it has not imposed any unilateral measures on Russia. The Lithuanian authorities have rejected the complaints from Russian officials, saying no “blockade” is being imposed, as Moscow can still ship goods to Kaliningrad by sea and air. EU foreign policy chief Josep Borrell also confirmed that Lithuania was only applying EU sanctions when it decided to ban the transit of some goods to Kaliningrad.

On June 20, the Russian Foreign Ministry demanded Lithuania immediately lift the ban on the transit of goods. The Kremlin assessed Lithuania’s decision as “unprecedented”, “in violation of everything” and a “hostile action” and warned that if cargo transit between the Kaliningrad region and the rest of the Russian Federation via Lithuania is not fully restored, then Russia reserves the right to take action to protect its national interests.

On June 21, Nikolai Patrushev, Russia’s Security Council secretary, also declared that “appropriate measures” would be taken in the near future, “whose consequences will have a serious negative impact on the population of Lithuania.” Patrushev said he considers the ban of the transit of Russian goods by Lithuania as unprecedented political, informational and economic pressure from the West. He also noted that NATO is strengthening its military and intelligence presence along Russia’s northwestern border, which is straining the situation in the region. Patrushev suggested that the protection of Russian borders should be strengthened, taking into account “new threats,” including the possible entry of Finland and Sweden into the North Atlantic Alliance.

Interestingly, recent Russia-Lithuania tensions preceded the NATO Madrid Summit (June 28-30). Before a final decision was made about the inclusion of Finland and Sweden in NATO, officials signaled that NATO would significantly bolster forces in the Baltic States and along the EU’s eastern frontier to suspend Russian aggression.

Naturally, this issue worries the Kremlin, and it is trying to challenge the North Atlantic Alliance. Russia has launched a new strategy of confrontation with NATO, using Lithuania, and has threatened to abolish its recognition of Vilnius’ independence. In late May, Russian MP Yevgeny Fedorov submitted a draft bill to the Russian State Duma repealing the resolution of the Soviet Union State Council “On Recognising the Independence of the Republic of Lithuania”. Fedorov claimed the resolution was illegal on the grounds that it was adopted by an unconstitutional body in violation of the requirements of several articles of the Constitution of the USSR. According to Fedorov, Russia could reverse its decision to recognize the independence of Lithuania, Latvia and Estonia, forcing NATO to exclude these countries from the alliance.

As he explained, the repeal of the decision of Russia to recognize the independence of the Baltic States will create a legal basis which will force the Alliance to return to the borders of 1997. This initiative has naturally made Lithuania quite nervous. As for the North Atlantic Alliance, such a decision could become quite a puzzle to solve.

In addition, such opinion was voiced in the media that Russia may make territorial claims to Lithuania for the port of Klaipeda (known in Germany as Memel). The port of Klaipeda originally belonged to Germany, later to Lithuania, and on the basis of the 1945 Potsdam Conference, it was ceded to the Soviet Union.

Some time later, Joseph Stalin decided to give it back to Lithuania as the legal successor to the Soviet Union. The current discussion about ownership of the port is aimed at damaging Vilnius’ reputation as a NATO member, because alliance member states usually have to resolve territorial disputes before being invited to join the alliance.

The Suwalki Gap – NATO’s “Achilles Heel”
Lithuania responded to the Russian threat with calm. Vilnius is not expecting open military aggression at this stage, as Lithuania is a NATO member state, and an attack on it would lead to the enactment of Article 5 of NATO, which implies a collective defense commitment. However, according to the hypothetical scenario, if the Putin regime in Ukraine achieves some success, Russia may dare to provoke NATO in the direction of the Baltic States. For years, European diplomats, as well as military analysts, have expressed fears that in case of a crisis with Russia, Moscow could split the Baltic States from the rest of NATO by seizing the Suwalki Gap.

The Suwalki Gap (corridor), which is 100 kilometers long, is wedged between Lithuania and Poland, along the state border, and is an extremely important geostrategic area. Through this corridor, Belarus and Russia’s Kaliningrad exclave are connected by land. In case of a conflict with the West, Russia can invade the Suwalki Gap simultaneously from the West and East (Kaliningrad and Belarus) and cut off Lithuania, Latvia and Estonia from the rest of NATO. This move would lead to a conflict between Moscow and NATO members that could even push the world to the brink of a nuclear confrontation.

In recent years, Russia has been establishing a strong military presence in Kaliningrad, spanning nuclear-capable Iskander-M ballistic missiles, its Baltic fleet, and tens of thousands of soldiers. In 2017 and 2021, joint Belarusian and Russian war games simulated a conflict under a scenario in which Russia takes over the Suwalki corridor. Given the existing threat, NATO member states are increasing their military presence in the Baltic States and are conducting large-scale military exercises, including in the Suwalki Gap.

Because of Russia’s colossal military losses in Ukraine, the chances of a confrontation between Russia and NATO are quite low at this stage. However, military experts agree that readiness for such a scenario should be strengthened, including bolstering the Baltic air defenses and ensuring better integration between local forces and the rest of the Alliance. The fact is that the consequences of the Ukrainian war will largely determine Russia’s next steps in the region. As Mikhail Kasyanov, a former Russian prime minister under Putin suggests, “the Baltic States will be next if Ukraine falls”.

By Eka Javakhishvili for GFSIS