Giorgi Kalandarishvili – Election Administration is Ready for Second Round 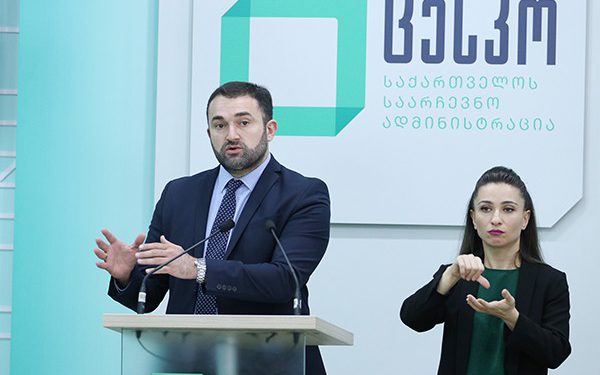 Giorgi Kalandarishvili, the chairman of the Central Election Commission, stated the election administration is ready for the second round.

“The second round of municipal elections will be held on October 30. The election administration is ready to conduct the second round of elections in a professional, accessible and safe environment. The October 2 elections were well and professionally organized, in compliance with Covid regulations, and the voting day was conducted in a calm, competitive and transparent environment. These are the assessments of international observer organizations made as soon as the elections were over,” Kalandarishvili said.

He noted that a well-conducted election is an indicator of the quality of democracy in a country in which all election administrators participate equally and the role of all of them is equally important. Kalandarishvili added that his team is working hard and will do everything possible to ensure that all voters exercise their constitutional right to vote in a free and transparent environment and called on the people to go to the elections.