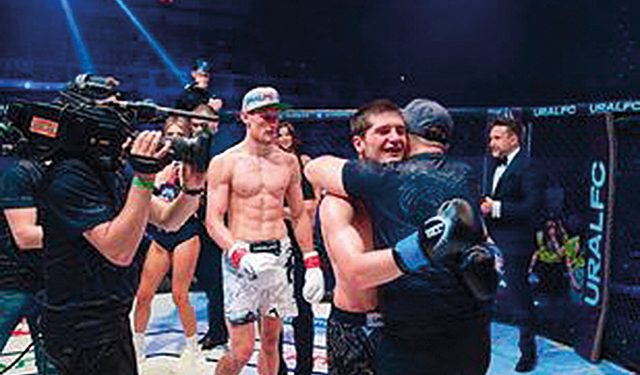 Georgian kickboxer Giorgi Malania is only 18, and he has already managed to get a 14-0 record under his belt, which means that in the last two to three years he has won 14 official bouts, lost none, and accepted no ties. The young man looks like a regular kid, just 174 centimeters in height and 65 kilos in weight, with no oversized muscles or swollen blood vessels. At first sight, one might even wonder where he gets his strength from. And that’s exactly the trick: at his extraordinarily young age, he has achieved a level of mastery which amazes both fans and experts alike, including his international-level promoters, sponsors and managers Soslanbek Izrailov and Marcel Wright, which operate in various countries. Going largely international is the goal now, when being Georgia’s champion is no longer commensurable enough a title.

Incidentally, we should not confuse kickboxing with MMA. Kickboxing is a striking martial art of kicks and punches, whereas MMA (Mixed Martial Arts) is a combination of various martial arts, including kicking, striking, wrestling and grappling. Giorgi Malania is into purely professional kickboxing in the 65kg weight category.

Giorgi’s parents are originally from Abkhazia, and his paternal grandparents are still living in the famous Gali region. The boy says he has been infatuated with kickboxing since the age of six, when he used to watch movies on martial arts nonstop, and utilized the walls of his house as a target to kick, but the main prerequisite that turned him into a fighter is his first coach, G. Pilashvili’s attitude towards little Giorgi, seeing him treating the boy with unmitigated fatherly care and affection, and patiently and methodically instilling in him a love for sport in general and for kickboxing in particular. As Giorgi was growing up, his talent and skills became more and more noticeable, then new coaches came, Mamuka Shonia and Bachuki Partsvania, taking up the future star’s sporting fate in their strong and skillful hands, training him up, and watching the process of his morphing into a genuinely valiant and strong-willed fighter.

Giorgi Malania’s gentlemanly character, mild temper, humble disposition and respectful attitude towards the people in his sporting milieu help me imagine the family situation in which he grew up together with his elder brother of 25 and younger sister of 12. The three of them have always lived in a familial environment of mutual worship and adoration, emulating their wonderful parents. And this is very important to emphasize in terms of creating the picture of Giorgi’s future career in the sport of swift, sturdy and undaunted personalities. 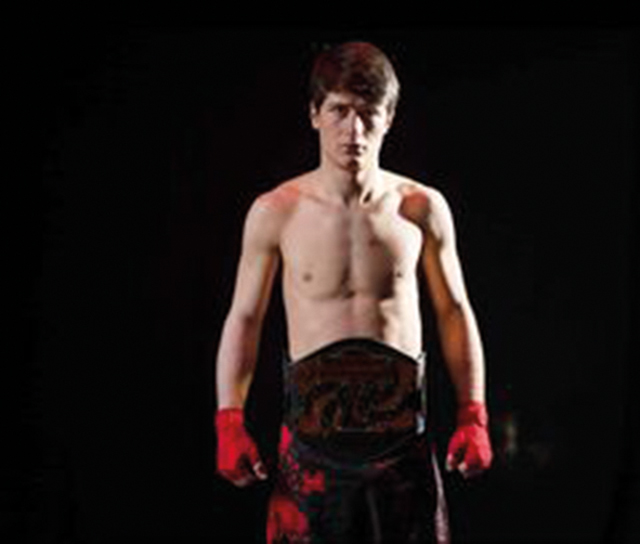 On a strict diet and being an absolute teetotaler, Alania spends most of his time at his beloved gym in Gldani, Tbilisi. He is certainly into intensive training, and only his perseverance keeps him up and going at all times. Giorgi is a dedicated churchgoer and a great art lover, which contributes a lot to his image as a good athlete. His international career is in the making, his having fought only in countries like Russia, Turkey, Estonia and Armenia, but all is in store for him. He is in expectation of some fights in the near future, seeing him faithfully and passionately getting ready for upcoming international competitions.

All the forecasts around are in Giorgi Malania’s absolute favor. The predictions come from his foreign managers, his local coaches, and Georgian kickboxers like the famous Davit Kiria, all of them being very credible, based on their titles and experience. Incidentally, in 2021, Kiria organized the Maxfight Grand Prix Contest, in which Giorgi scored two fights: He won the first one by points and the second by a dexterous knockout.

Giorgi says what matters first and utmost in achieving victory is tireless hard work. Yes, indeed, it is the lucky mixture of talent and labor that makes things possible in big sports, but it is also true that nothing considerable will happen without the relevant financial support. Take, for example, the judo culture in Georgia, which has developed in this country on the level of world class. The same might happen with kickboxing here. As Giorgi noted during our lengthy and meaningful conversation, there are many kids, sweating in his and other gyms in town, who look and sound very promising, and not only ethnic Georgians. Nowadays, there are people of various nationalities swarming into this city of warmth, peace and understanding, where former irreconcilable enemies make friendships and live together. There might be future masterful kickboxers among them, too, Giorgi’s future friends and rivals in upcoming local bouts or great international competitions. This is exactly the idea our incipient glittering kickboxing star Giorgi Malania is building his athletic career on. Good luck to this golden kid!