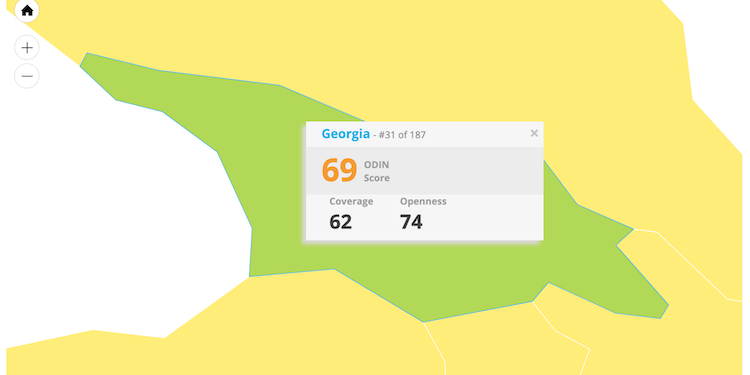 The organization ‘Open Data Watch’ has published its fifth Open Data Inventory (ODIN) report, which evaluates the official statistics of countries around the world based on various criteria.

Based on ODIN overall assessment of the Georgian Statistical System, in 2020 Georgia earned 69 points. At the same time, the country’s rating has improved and ranks 8 places higher compared to the previous rating, and Georgia has moved from 39th to 31st place among the countries of the world.

Based on the same report, Georgia also outperforms the developed countries such as Japan, the United Kingdom, China and Indonesia. At the same time, by ranking Georgian Statistical System is at the same level as the ranking of countries such as Austria, Switzerland and Mexico.

The purpose of ODIN is to provide an objective assessment of the coverage and access to official statistics based on the open data definition. For almost five years, Open Data Watch has been describing and evaluating data by countries in the world.

Evaluation elements by categories and criteria are available at the link

In 2020, open data evaluations were conducted in 187 countries, covering 22 statistical categories and 65 indicators. Based on the assessment, Georgia is the leader in the region and ranks first place.

The ODIN 2020 report, which includes data on Georgia, was published a few weeks ago, announces Geostat.

See the full version of the report at the link