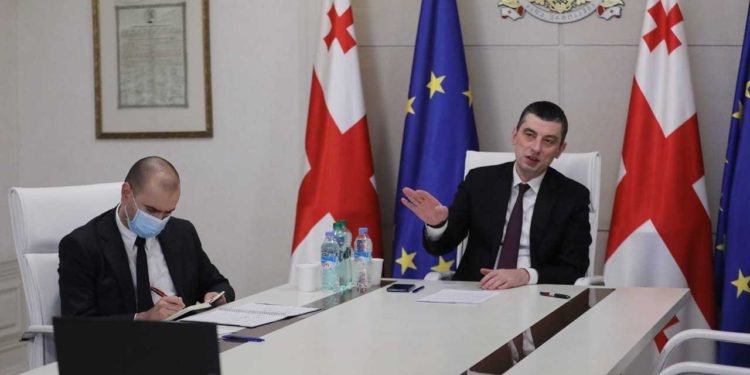 Successful cooperation between Georgia and the National Democratic Institute (NDI) of the United States, regional and local challenges, were among the key topics discussed by Giorgi Gakharia, Prime Minister of Georgia, and Derek Mitchell, NDI President, at a meeting held on February 11.

The discussion  focused on the successful cooperation witnessed in recent years between the Government of Georgia and NDI of the United States, including that of at the level of institutions. The PM highlighted the need to further deepen the current partnership.

He then elaborated on the challenges faced in the region and the role of Georgia, as well as the significant developments of local importance.

Hopes were expressed for a continued trend of successful cooperation between the Government of Georgia and NDI, as well as for the implementation of a number of substantial joint projects.