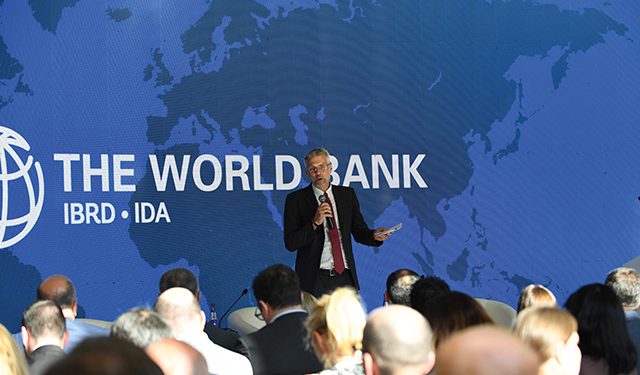 Georgia and the World Bank this year commemorate the 30th anniversary of their partnership, which officially commenced on August 7, 1992. Georgia became a member of the World Bank shortly after the country’s restoration of independence and, since then, over three decades of close cooperation, the Bank has played a significant role in the country’s transformational journey

Adding further importance to the occasion, the Government of Georgia on September 13 officially joined the World Bank Group’s International Development Association (IDA) as a donor, with Minister of Finance Lasha Khutsishvili signing the IDA Instrument of Commitment.

To mark these milestones for Georgia, Anna Bjerde, World Bank Vice President for Europe and Central Asia, visited Tbilisi on September 13 and took part in a conference reflecting on the progress the country has made through its collaboration with the World Bank.

“Thirty years of successful partnership have contributed enormously to the development and modernization of Georgia’s economy, thereby improving the lives and livelihoods of many people across the country,” said Anna Bjerde, World Bank Vice President for Europe and Central Asia. “As a trusted partner, the World Bank has helped Georgia develop its human capital, create new job opportunities, attract investments, foster small and medium businesses, and most remarkably, almost halve the number of citizens living in poverty over the past decade. Today’s signing ceremony, marking the country’s transition from former IDA recipient to IDA donor, is a further testament to the great progress Georgia has achieved.” 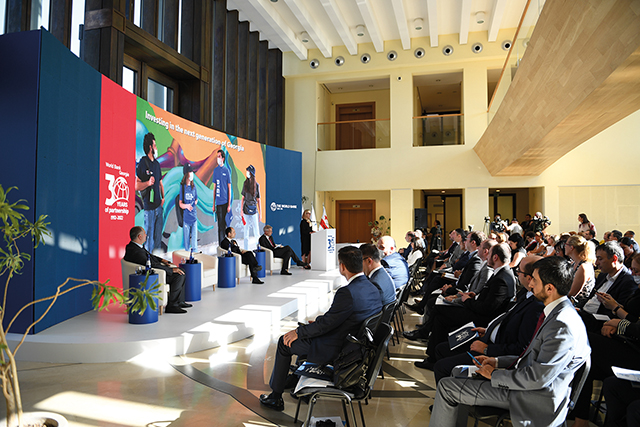 Established in 1960, IDA is the World Bank’s main instrument for assisting the world’s poorest countries through providing grants and zero-to-low interest loans to promote economic development, increase productivity and thus raise standards of living across the globe. Georgia joined IDA in 1993 and, since then, as a beneficiary, has received $1.53 billion in financial support. Georgia graduated from being an IDA recipient in 2014.

“Cooperation with the World Bank over these past three decades has been very helpful in advancing our country’s development agenda. With such robust and sustained support, the Government of Georgia was able to implement reforms in crucial areas such as private sector competitiveness, infrastructure development, small- and medium-enterprise financing, and energy security,” said Levan Davitashvili, Vice Prime Minister, Minister of Economy and Sustainable Development of Georgia. “Our decision to become a donor of the International Development Association is a reflection of Georgia’s gratitude for the help received when the country needed it most, and a testament to its determination to join the global effort to end extreme poverty.”

“I am incredibly proud to welcome Georgia, a country which was an IDA beneficiary for more than two decades, as a new donor in the IDA coalition. This is truly a major milestone, and a new chapter in our extraordinary partnership,” said Sebastian Molineus, World Bank Regional Director for the South Caucasus. “By helping others, Georgia will also be helping itself, giving it a chance to be a part of the global development decision-making process and to share the lessons learned from its impressive development journey.” 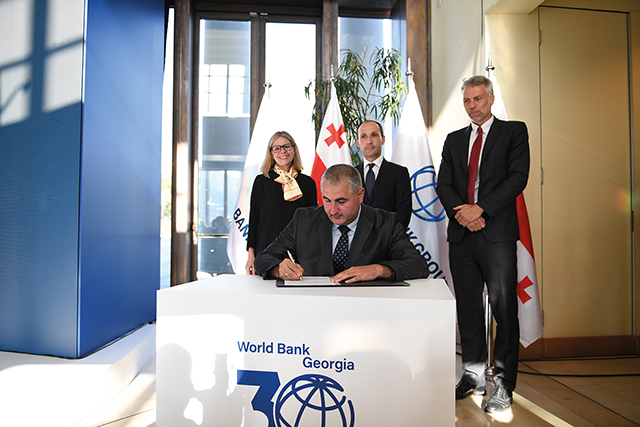 “The World Bank’s support over the past 30 years has been instrumental in implementing strategic and economic reforms in Georgia, and as a result of these achievements, we have decided that it is time for Georgia to become a donor to the International Development Association. By acceding to the status of an IDA donor, our country will gain a unique opportunity as a reformer, and to share its own knowledge and experience with those who are on the reform path right now,” said Lasha Khutsishvili, Minister of Finance of Georgia. “Once again, I would like to express my profound gratitude to our partners for their demonstrated trust and support.”

Over three decades of partnership, the World Bank has provided Georgia with a total of $3.88 billion in financial support – including from IDA – spanning across 86 projects in different sectors of the economy, 72 of which have already been completed. The remaining 14 projects, amounting to $1.42 billion, are in progress. The Bank’s investments have been directed toward key sectors and areas of development such as institutions, infrastructure, agriculture, energy, regional development, human capital – education, health, social protection, and more recently – innovation, digital connectivity, as well as sustainable, green growth.

The World Bank remains committed to being a trusted partner to Georgia and will continue supporting the country on its transformative journey toward becoming a more competitive, green, digital, and business-friendly economy that provides better jobs and opportunities for all its people.

For more information on the World Bank’s work in Georgia, visit: http://www.worldbank.org/ge