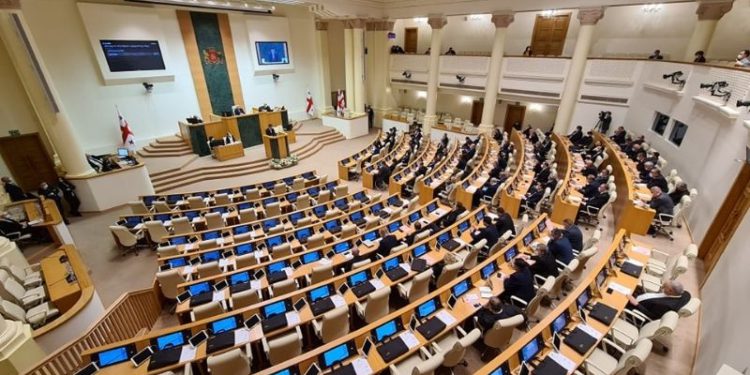 Irakli Kobakhidze, Chairman of the ruling party Georgian Dream, made the corresponding statement after today’s session, noting that with this move, the ruling team is giving the opposition “Yet another chance” to get involved in the democratic process and fulfill the requirements of their electorate.

He added that based on the information obtained by Georgian Dream, up to 20 more opposition lawmakers are willing to enter Parliament; however, they refrain from doing so due to bullying by other members of the opposition.

In turn, opposition members assess the above move of the parliamentary majority as “Yet another attempt to continue trading with mandates and drag people in parliament.”

For the record, 2 more members of the opposition, Aleko Elisashvili and Levan Ioseliani, representatives of the Citizens Party, started performing duties as MPs today.

They made the decision to enter Parliament on January 29 after reaching a final agreement with the ruling party Georgian Dream.

Elisashvili advises the boycotting opposition “not to be the hostage of their words and to start working in Parliament,” adding that the country does not need a revolution.

Opposition lawmakers are demanding the termination of their parliamentary mandates obtained as a result of the October 31 parliamentary elections, as they believe the results were rigged by the incumbent government.

51 out of 60 opposition MPs have filed applications on the termination of their parliamentary mandates.

The issue was to be discussed at today’s session of the parliament, but it is already known that the majority will not support the early termination of the mandates of the opposition MPs.