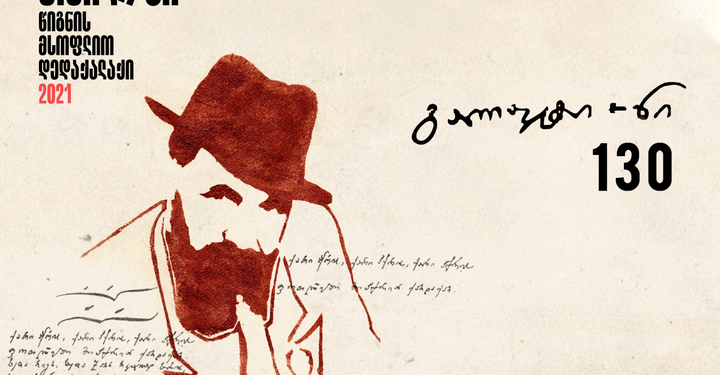 This year marks the 130th anniversary of the birth of Galaktion Tabidze, and, as part of the “Tbilisi –  World Book Capital,” a celebration week is to be held to honor the fact, starting with a jubilee event on November 20, at 19:00, in Gudiashvili Square.

The moderators of the evening will be Vakhtang Javakhadze, Lasha Bakradze, Nene Kvinikadze, and Nino Kasradze, who will speak about important and unknown details of Galaktioni’s biography and will read excerpts from the poet’s work.

The stage will be lit up with illustrations created by artist Giorgi Jincharadze, inspired by archival photos of Galaktioni.

Galaktion Tabidze (November 17, 1892 – March 17, 1959), was an influential 20th century Georgian poet. He survived Stalin’s Great Purge of the 1930s, which claimed the lives of many of his fellow writers, friends and relatives, but came under heavy pressure from the Soviet authorities. Those years plunged him into depression and alcoholism. He was placed in a psychiatric hospital in Tbilisi, where he committed suicide. He was named “The King of Poets” and even today inspires generations of poets and is well-loved by the public in Georgia.