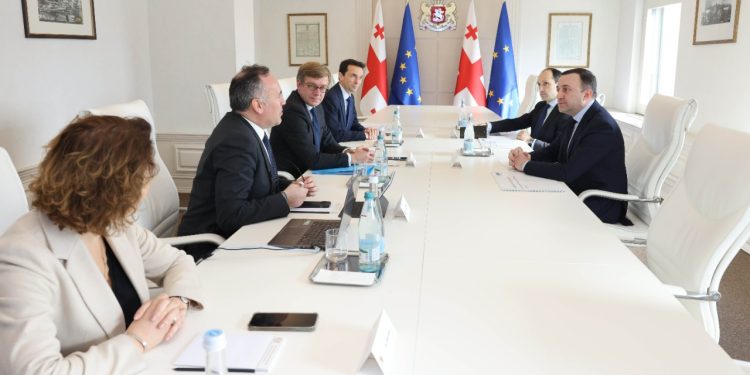 The dignitaries reviewed the cooperation prospects and development strategy for the future of the airports. The PM noted the swift economic advancement of the country, coupled with a growing inflow of tourists, creates grounds for setting ambitious plans in Georgia. Focus was put on further advancement of services at the international airports of Tbilisi and Batumi.

Officials also spoke about the long-term development plan for the Tbilisi International Airport, which is being completed. The PM shared his own ideas with the visiting delegation, noting that the Government of Georgia stands ready to actively cooperate in future inter alia towards promoting the entry of new air carriers and route destinations.

Work will be completed on the development of the plan for the Batumi International Airport in February.

Along with its partners, Groupe ADP is building the airports of the future based on innovations, sustainable development, multi-functional and sophisticated services.