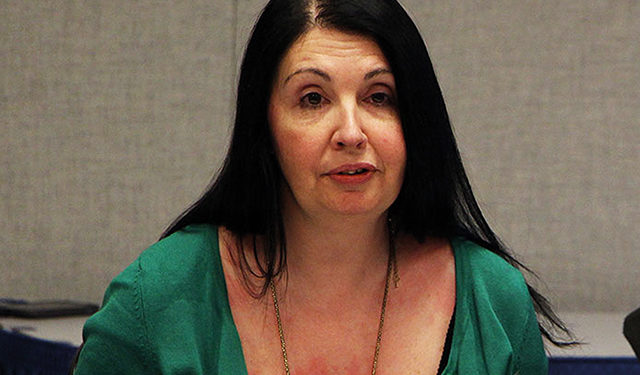 As the Associated Trio of the Eastern Partnership, represented by the Georgian, Ukrainian and Moldovan prime ministers, made its first joint pilgrimage to Brussels this week to meet the top officials ahead of the upcoming EaP summit on December 15, GEORGIA TODAY sat down with the European Policy Center’s Senior Policy Analyst Amanda Paul to discuss the European perspectives of the three countries, with particular onus on Georgia.

The upcoming EAP summit will be held in December. What does the future hold for the Eastern Partnership countries?
I don’t honestly expect there’s going to be an amazing announcement or great breakthrough at the EAP summit. I think it’s going to be more a continuation of goals that have already been laid down by the EU for the Eastern Partnership countries. This is going to be disappointing for some countries, specifically the Associated Trio, who would like to see more differentiating in terms of their relations with the EU.

Who has the moral high ground in this case – The EU or the Eastern Partnership trio? Do we have the grounds to demand more?
It’s always good for ask for more, isn’t it? It gives these countries something to aim for, but at the same time, I do believe that there is still work to be done on basic things in all of these countries in terms of important political and economic reforms, fighting corruption, strengthening rule of law and so on. Obviously, in some of the countries, including Georgia, there has been some worrying backtracking in terms of democracy. There is an ongoing political crisis in Georgia that doesn’t seem set to be resolved anytime soon.

How damaging do you think such crises in the three countries could be for the European perspective in general, and for deeper integration?
All the crises are damaging to different extents. Moldova, which used to have a crisis on almost a yearly basis, is now in a good position, with a reformist parliament, government and president. Ukraine is moving ahead. The most worrying case these days is actually Georgia. Georgia’s image has been seriously damaged by the events that happened this year, by this political polarization, and now the protests and the situation with former President Mikheil Saakashvili. It’s all deeply concerning.

And yet Georgia is planning on submitting an official membership bid in 2024. What’s your take on that – what should Georgia expect?
Georgia is very ambitious and has always been so. And, let’s be fair to Georgia, it has achieved a lot since the beginning of the Eastern Partnership. It has regularly been flagged as a leading country in the group. But honestly, I think submitting an application in 2024 is not a very realistic thing to do based on the situation in the country, based on what still needs to be done. Georgia needs to strengthen the independence of the judiciary, to fight against corruption; they need to have a less confrontational approach between the different political parties. You have to be able to make a compromise, and Georgia hasn’t learned the art of compromise, that is evident from the two leading political parties and what happened with the Michel Agreement- the fact it was ditched by the ruling party doesn’t look good. Also bad is the fact that it is so unclear what is going on with Former President Saakashvili. There are concerns about political justice as well. None of this reflects well on Georgia, and I think it is a shame, because it runs contrary to all the good things that have been done by many people in Georgia over the last years.

You mentioned it’s always good to ask for more. Do you think that perhaps Georgia doesn’t realistically expect its application to be successful, but might be aiming for some sort of consolation price?
I think we also need to remember that it’s unrealistic based on internal developments in the EU. The EU is not currently looking for new members, and we can see at the moment that even when it comes to the Western Balkans’ membership perspectives, there is a resistance to making substantial progress. It’s just not the best time to submit a membership application. If Georgia was a perfect country, met all of the criteria, had no problems, then it could maybe try, but I think we need to have caution here, because otherwise it is not going to get a particularly nice response to the application from the side of the EU.

At the same time, I think there is a need for the EU to continue to incentivize the countries of the Eastern Partnership to continue with their reform processes. It’s disappointing that the EU is not able to give a clear membership perspective or give a clear green light that one day they are going to be members of the EU, but this is not going to change for the foreseeable future. Simply put, the hard work needs to be done at home.

Yet, even if Georgia was really perfect, there is still the Russian factor. What is the impact of the Kremlin on decision making in Brussels when it comes to Georgia’s Euro-Atlantic aspirations?
There’s a difference here between NATO and the EU, because NATO gave Georgia an explicit promise that it could be a member, and it’s very clear that Georgia has gone far beyond the criteria that was put down, doing more for membership than other countries which have already joined. Yes, I believe Russia has had some sort of veto in this process, I mean, nobody in NATO will ever agree with it, but I think it’s clear as water that the Russian objection has been taken into consideration.

But in the EU, the situation is slightly different because of the fact that they have not promised membership, they just committed to closer integration in different sectors, closer relationships with the EU politically and economically. Of course, even if Georgia was a perfect country, this Russia question would still be there. For the EU as for NATO, Russia represents a significant security threat, both traditional and hybrid. So, the question that always comes up is, is it worth it for our own security to bring countries into the club that already have serious security problems with Russia?

As for Russia, they view this as threat to their own existence, which is one of the reasons President Putin always pushes back against it, always accuses the EU of trying to force these countries into what he calls a “sphere of influence.” It is not the case, but this is the paranoia that Russia has, going back centuries. It’s about being encircled, and the need to have a sort of a buffer zone between themselves and the West.

Unfortunately, I don’t see there is going to be much of a change, if any, in Russia’s approach or its strategic objectives in this region. Putin’s objective is for these countries to be failed states that don’t have any chance of becoming part of Europe. He doesn’t want democratic, successful countries in his neighborhood.

Is the recent, seemingly irreversible split between Moscow and NATO going to have any tangible impact on NATO-aspirant countries Georgia and Ukraine?
It doesn’t make life any easier, does it? The less dialogue there is between NATO and Russia, the more difficult it can make things. It can lead to more misunderstandings or bad communication, but, obviously, it’s a very difficult relationship to manage, with zero trust from both sides. As I said, Russia still represents a serious threat to NATO, and this is why there is still such a huge NATO presence deployed on that flank, and it’s a challenge that still needs to be overcome. That said, the challenge of Russia has reduced somewhat of late, affected by the increasing challenge coming from China, which has increased its importance on NATO’s agenda.

Nord Stream 2 is allegedly completed and is set to start functioning soon. What is the response from and impact on the West? Is there any failsafe mechanism for Russia not to use it to increase its de facto veto power even further?
In my opinion, the whole Nord Stream 2 pipeline was a serious mistake made by Germany, because it will obviously increase the EU’s reliance on [Russian] gas. That said, the EU doesn’t have a common energy policy, which is problematic. But still, the EU has managed to reduce the leverage that Russia has on it in terms of gas since the 2006 and 2009 crises. It’s more about a price spike and lower gas volumes than it has to do with Russia – Russia just manipulated it as a way to try and get Nord Stream 2 online quicker.

For the EU, energy security is as much a priority now as the transition from fossil to green energy is. This will take time, and means looking for energy sources that don’t come from Russia, looking to the Caspian Region and elsewhere.

People are fooling themselves if they think they’re going to be independent from gas, and a substantial amount of that Russian gas, for quite some time yet, because when the EU stopped using coal, this actually increased the need for more gas, and Russia will continue to use that to its own advantage.