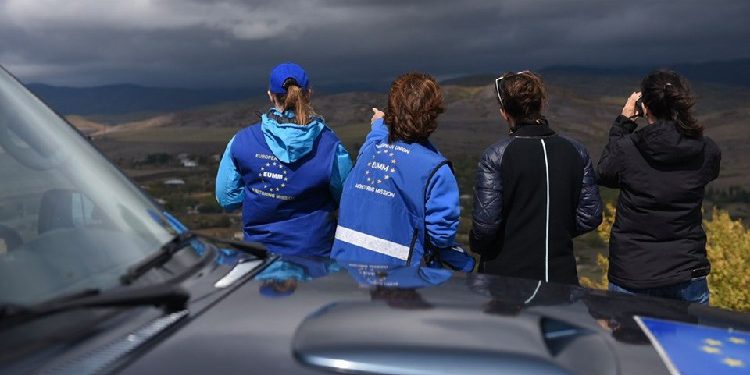 On December 3, the Council of the European Union prolonged the mandate of the EU monitoring mission in Georgia (EUMM Georgia) until 14 December 2022. It also allocated a budget of €44.8 million for the period from 15 December 2020 to 14 December 2022. The decision follows a strategic review of the mission by the Political and Security Committee.

EUMM Georgia is a civilian mission and was deployed in September 2008 following the EU-mediated Six Point Agreement which ended the August War between Russia and Georgia. It contributes to stabilization, normalization and confidence-building between the conflict parties.

Over 200 European civilian monitors within EUMM Georgia assess the parties’ actions, including full compliance with the Six-Point Agreement and subsequent implementing measures throughout Georgia. The mission also provides fact-based information and reporting to inform EU policy in support of a durable political solution for Georgia.

Since March 2020, Ambassador Marek Szczygieł is the Head of EUMM, which has headquarters in Tbilisi, but also field offices in Gori, Mtskheta and Zugdidi.