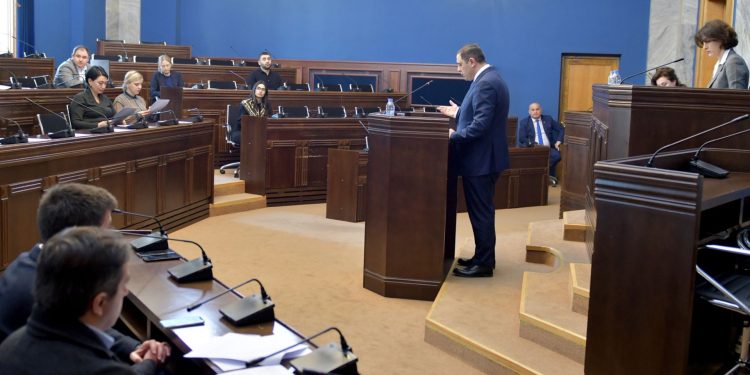 The EU Integration Committee heard a report on the implementation of the 2022 national action plan for EU integration in the field of energy.

Romeo Mikoutadze, Deputy Minister of Economy and Sustainable Development, presented a report on the implementation of the commitments assumed by joining the Treaty establishing the European Energy Union and the agreement on the association between Georgia and the European Union in the field of energy and the 2022 national action plan for the integration of Georgia into the European Union.

As the Deputy Minister noted, the fulfillment of obligations under the association agreement is going well, correctly, and on time. As he noted, the country has made significant progress in the field of electric energy, oil and gas sector, as well as energy efficiency and harmonization of Georgian legislation with European legislation.

“All these components are aimed at the development of energy security and energy independence of our country,” the representative of the government stated.

He spoke in detail about the fulfillment of commitments made in the direction of energy by joining the European Energy Union Treaty and the implementation of the activities envisaged by the 2020-2022 national action plan for Georgia’s integration into the European Union.