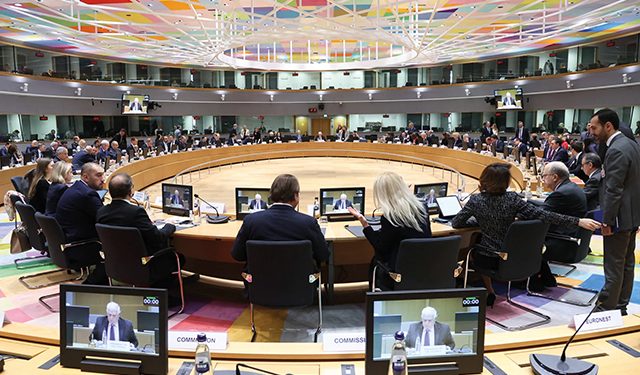 The Eastern Partnership (EaP) ministerial meeting took place in Brussels on 12 December, attended by EU foreign ministers and their counterparts from five of the six Eastern Partnership countries (Armenia, Azerbaijan, Georgia, the Republic of Moldova, and Ukraine) and chaired by EU High Representative for Foreign Affairs and Security Policy Josep Borrell. EU Neighborhood and Enlargement Commissioner Olivér Várhelyi also participated in the event.

The meeting provided an opportunity to confirm the EU’s commitment to the Eastern Partnership, and willingness to make it more flexible and tailored to the needs of partners, says a press release by the Council of the European Union, noting that complementarity should be ensured between the bilateral track and the enlargement process.

“At our annual Eastern Partnership ministerial, I suggested we continue our EaP policy in parallel to the enlargement process, as a vehicle for regional cooperation. We should step up work on security and defense and continue engagement for a secure, stable and prosperous South Caucasus,” Borrell wrote on Twitter.

Concerning security, the EU says it will continue to support those Eastern partners “who wish so, by providing various types of cooperation and engagement, including on cyber, hybrid, and other non-military means to build their resilience and stability in the region”.

Lastly, the EU will explore the possibility of inviting partners from other regions, including from Central Asia to discuss connectivity related issues.