EBRD Transition Report 2022-23: No Going Back to ‘Business as Usual’ 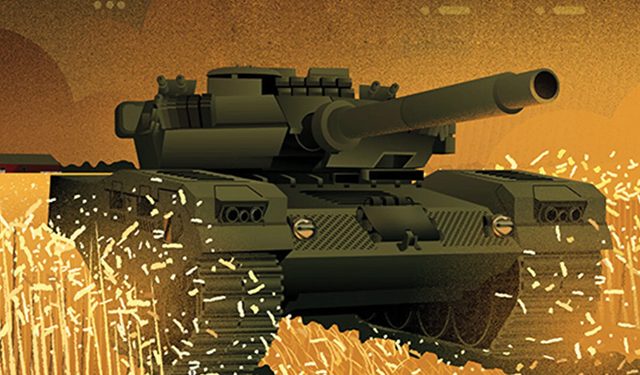 “One thing is sure: decision-making under extreme uncertainty is here to stay,” says Beata Javorcik, EBRD Chief Economist, in her foreword to the report.

“Governments and firms will need to equip themselves better in the face of this formidable challenge. And while they are implementing short-term stabilization measures in response to the immediate storm, policymakers and business leaders should keep their eyes firmly fixed on the long-term prizes: green energy and free trade – the foundations of future economic growth.”

The economy has experienced a revival of the hospitality sector due to increasing inflows of Russian citizens and tourists from other regions, with tourist revenues from January to August 2022 reaching 95% of the corresponding period in 2019.

EU Council recognized the European perspective of Georgia.
The EU is ready to grant candidate status once the progress on 12 priorities set by the European Commission has been addressed. The authorities are encouraged to prioritize judicial reform, strengthen the anti-corruption framework, lower the level of political polarization, and enable more inclusive decision-making processes at all levels.

Labor market reform has been initiated, accompanied by a complementary social welfare policy.
The authorities took steps to increase labor market participation through inclusive policies. At the same time, they increased social assistance to vulnerable groups to help them at a time of high inflation.

Key priorities for 2023
• The authorities should continue educational reform and efforts to reduce skills mismatches. Improving the quality of education and putting more focus on vocational training could better match the demand for and supply of labor skills and enable the economy to move towards sectors that are more productive.
• Energy resilience should be strengthened by investing in additional renewable energy production capacity. The seasonality of the country’s hydro-dominated production and the increase in consumption, driven by economic growth, have made the country a net importer of energy. However, significant potential in additional hydro-energy and the largely untapped solar and wind energy, could be an opportunity to benefit from the increased demand for green energy.
• Continuous strengthening of governance standards needs to remain a priority. An impartial and independent judiciary, and transparent, efficient and accountable public institutions, would be strong enablers of a stable business environment.

The economy is growing robustly.
The economic recovery achieved in 2021 further accelerated in January to August 2022, when gross domestic product (GDP) grew by 10.3% year on year. Growth was broad based but especially buoyant in the tourism, energy supply, transport and information technology (IT) sectors. Tourism benefited from the threefold increase in income generated by foreign travelers in the first eight months of 2022 compared with the same period in 2021, and revenues from tourism almost reached pre-pandemic levels. In the same period, the net inflow of money transfers increased by 70% year on year, boosted by the arrival of Russian citizens and entrepreneurs who found temporary refuge in Georgia. Huge foreign inflows helped to cover the widening trade deficit, as exports and imports both rose by more than 30% year on year between January and July 2022. By the end of September, the Georgian Lari had appreciated by 20.0% since the low point in March 2022, and by 9.0% since the beginning of the year.

The authorities are using fiscal and monetary policies to combat high inflation.
Inflationary pressures have risen as a result of rising fuel and energy prices, due to the war on Ukraine and associated spillovers, with the annual inflation rate reaching 10.9% year on year in August 2022. Higher prices for food and non-alcoholic beverages and transport are the two biggest causes of high inflation. After several policy rate increases during 2021, the National Bank of Georgia further raised the rate to 11.0% in March 2022, but has refrained from further increases as currency appreciation is helping to keep import prices under control. In parallel, the government implemented several measures to further alleviate the pressure on households and ensure the availability of food. These measures include low-interest-rate loans for the agribusiness sector to support crop production, wheat and barley export bans effective from July 2022, and subsidies to the socially vulnerable throughout 2022 to offset increasing food and energy prices.

A new International Monetary Fund (IMF) program is in place.
In June 2022, the authorities concluded a $280 million precautionary stand-by arrangement with the IMF. This arrangement will reduce uncertainty and help to create a more predictable business environment, especially after international sanctions imposed on Russian-owned banks already caused significant deposit withdrawals from VTB Georgia, the fourth-largest bank in the country. The authorities managed the issue effectively by facilitating transfers of assets and liabilities to other banks, thereby preventing more severe damage to the financial system.

Strong growth will continue, but risks of spillovers from the war on Ukraine remain high.
GDP growth is likely to be 8.0% in 2022 and then moderate slightly to 5.0% in 2023. The forecast for next year is highly sensitive to geopolitical uncertainty and risks are mostly on the negative side. However, progress on the EU membership agenda could be a strong anchor for growth-conducive reforms.

IT infrastructure development has expanded in rural areas.
The authorities constructed additional fiber optics, with the help of €34 million in financing from the European Investment Bank in December 2021. By improving the digital connectivity of the rural population, around 500,000 Georgians residing in rural areas can now access fast-internet services. In June 2022 the authorities bolstered the diffusion of internet access by authorizing the launch of SpaceX’s satellite internet service to reach a larger share of the rural population. With SpaceX entering the Georgian telecommunications market, the authorities are planning to develop a more competitive and open market to foster innovation and enhance social inclusion.

The authorities have taken steps to advance state-owned enterprise (SOE) reform.
As part of the SOE reform strategy 2021-24, a series of pilot projects to enhance the transparency of corporate governance have been implemented by introducing independent supervisory board members. The ultimate goal of these pilots is to reduce fiscal risks by adjusting the management rules of Georgian SOEs to be in line with international corporate practice. In April 2022, the Ministry of Finance, with technical assistance from the Asian Development Bank, began to reform the railway sector to reduce the debt of the Georgian railway company.

Investment in technical vocational education and training (VET) is being stepped up.
The Ministry of Education and Science has led the reform of VET through public and private partnerships. Consequently, the Skills Agency, which is a newly established skills development agency, has been actively involved in providing training modules aligned with the needs of employers in the labor market from 2022. Through close consultation with the private sector, the Skills Agency aims to ensure that the VET system can supply and foster human capital most in demand from businesses.

The government has initiated the active labor market policy (ALMP) to increase labor market participation.
Since March 2022 the ALMP has been implemented in a bid to encourage into work almost 200,000 socially vulnerable citizens aged over 18 who receive social welfare but are deemed to be employable. According to the program, they can choose between public works and vacancies offered on the labor market and receive additional income on top of their social assistance. The beneficiaries are assigned to jobs matching their skills, educational qualification and work experience.

The authorities took concrete steps to protect green areas and contribute to climate change mitigation.
In June 2022, parliament unanimously approved a law that imposes stricter sanctions on illegal logging of timber to prevent deforestation in Tbilisi. In July 2022, the Ministry of Environmental Protection and Agriculture announced the establishment of a new national park in the west of Georgia. It will serve as a reservoir to safeguard the biodiversity and ecosystems of local forests, create employment opportunities for local residents, and contribute to the development of tourism. In November 2021, a National Plastic Prevention Program for 2022-26 was adopted, aiming to reduce single-use plastic. The program is based on the principles of a circular economy. Furthermore, in December 2021, technical regulations setting ambient-air monitoring criteria were adopted, providing the framework for the installation of new air-quality monitoring stations by the end of 2022.

The EU has granted Georgia a European perspective, but not yet official candidate status.
In March 2022, Georgia formally applied for EU membership. In June 2022 the European Council granted Georgia a European perspective, but official candidate status is subject to prior fulfilment of conditions, such as commitment to democratic consolidation, judicial reforms, reducing the influence of vested interests, and action to reduce political polarization and strengthen the rule of law.

Public administration reform and consumer protection have been advanced.
In April 2022, a public services development strategy for 2022-25 was adopted. Its goal is to make the provision of public services easier and more accessible for citizens. It sets guidelines for standards on design, delivery and quality control for public services. In the private sphere, a new law on the protection of consumer rights, approved by parliament in March 2022, will enhance alignment with EU legislation in line with the Association Agreement. The law entered into force on 1 June 2022, but enforcement and processing of applications or complaints on alleged infringements will start from November 2022. The law establishes rules for consumer protection and prohibits unfair commercial practices that jeopardize the values of trust and good faith.