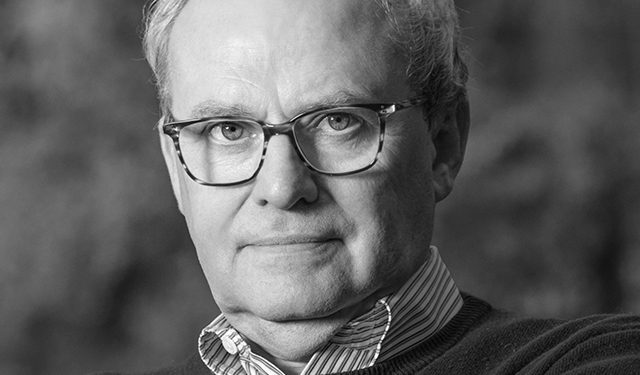 In Russia, war is popular, and it’s a good way of justifying increased repression. As to what will come out of the decline in GDP and standard of living, a failed, lost war, complete isolation from the West, is not easy to predict – but it’s not a good situation for Putin or Russia. – says Dr. Anders Åslund, one of the world’s leading experts on the Russian economy, in an interview with Radio Free Europe / Radio Liberty. Aslund has served as an adviser to both the Russian (during Boris Yeltsin) and Ukrainian governments (during Leonid Kuchma) and is author of numerous books on Russia and the Post-Soviet space in general. The former Atlantic Council senior fellow is now at the Stockholm Free World Forum in a similar capacity.

We start by asking him about the Nord Stream I gas cutoff – For some time now a stick to beat the West with being that it was still paying for Russian oil and gas in billions, thus funding the war in Ukraine.

Do you see the West willing to play along?
Frankly, I don’t think the West has much of a choice, because Russia has proven itself completely unreliable. Whenever Putin opens his mouth, he lies. So when he now, for example, says that “we haven’t seen anything yet in the war in Ukraine,” that, au contraire, means that Russia is exhausted. He hasn’t got a clue what to do next. Never believe anything until the Kremlin has denied it. And never believe anything that Putin has said, because if he says something, he means the opposite. I don’t think Putin has any relevant concept of reality; he is just trying to raise the stakes, hoping that factor will turn the war around in Ukraine. In all probability, he thinks he will still win somehow, but he doesn’t know how. He thinks that the West is weak and will give in in one way or another.

Will it?
No, no. That’s what he thinks. And I don’t think the West can do that. We haven’t seen a serious crisis for the West; this is a completely new situation in that regard. That situation arose on the 24th of February, and the West is holding together. We are seeing Ukrainian flags all over the West, and whoever is hesitant, as happened with Scholz and Macron, is being told by the public to get back into line- and they are.

What’s on the horizon regarding sanctions?
What we’re seeing is that the sanctions are gradually tightening. And there’s also an increasing discussion going on regarding the various forms of evasion of sanctions. Since 2014, we’ve not seen any easing of sanctions, and this year, we have really seen very substantial sanctions come in, one after another.

Did they have the intended impact? How are the Russians coping?
We can say that the financial sanctions have not brought the Russian financial system to its knees, but these wild swings of the Ruble exchange rate – that’s no stabilization. It’s bad. Russian inflation is 17-18%, officially, which is bad. And the Russian economy is seeing a gradual decline. The consensus now seems to be that there will be a decline of 10% this year. It’s getting worse by the month. And we’ve seen in the last couple of months that imports from countries with sanctions have fallen by 60%; from countries without sanctions by 40%. So in total, imports have been cut by about half. Russia is now swimming in oil incomes, which they cannot use to buy arms or more technology.

How much of a symbolic step is, for example, the renaming of Mcdonalds in Russia? Is it a sign of things to come?
[chuckles] They say that the big problem is that they can’t produce French fries in the proper fashion. So they can try it, but it’s likely not to develop very well: There may well be food, but the quality of that food will decline.

As a post-soviet child, I remember lots of cheap and low quality clones of Western products manufactured in Russia. Should we expect their return?
Of course. Remember that Pepsi Cola was produced in Russia. The Soviet Union had a license from 1959, but it was not considered to be the real thing. Pepsi thought they had cornered the Russian market, but when the Soviet Union collapsed, Coca Cola gained twice the sales in Russia, because Russians identified Coca Cola as the real thing, as it was not in Russia before.

Russia is now swimming in oil incomes, which they cannot use to buy arms or more technology

As time passes, more and more goods will become unavailable as imported stocks dwindle and imported parts fail to be sufficient for continued production. And I presume that the 1/3 of Russians, who are western-oriented, inclined towards democracy, will blame the Kremlin, but quietly. The third that are Putin loyalists will blame the West, and the remaining third will swing back and forth, depending on the situation.

We often hear that the only acceptable way out of this for the West is victory for Ukraine and defeat for Russia. What’s at stake for Russia if it gives in and is defeated?
The natural thing would be for Putin to fall thanks to the war in Ukraine, because the initiative was entirely his, and he has clearly been commanding the war personally. Therefore, he would naturally be considered guilty. And the question is, how severe the authoritarianism is in Russia – is it so severe that Putin could stay in power even after such a massive failure? I doubt it. I think that Putin is likely to be offstaged after this, but Putin has shown himself to be very good at surviving before.

What is much cited now is [former Russian acting PM] E.T. Gaidar’s book, “Collapse of an Empire: Lessons for Modern Russia” (2006), where he predicted that if Russia restarted its imperial ambitions, clearly referring to Putin, Russia would collapse as a state. He didn’t specify how, but clearly there is a risk that regional tensions will increase sharply, in particular in the Northern Caucasus.

And what if there’s no outright victory for Putin in Ukraine, but he manages to get away with some territories. What happens then?
Well, there will be severe Ukrainian guerrilla warfare. Remember that the Ukrainian Resistance Army kept fighting until 1955, even under Stalin, and the current Russian occupation of vast areas in southern Ukraine does not look easy to hold on to. We’re already seeing that the Ukrainians have organized guerilla warfare, so I think that Russia will be in a terrible situation if its troops stay in Ukraine.

What about the situation inside Russia? Will we see the “Crimea is Ours” hysteria repeated?
We have seen in the opinion polls conducted by the Levada Center that the approval of Putin went to 88% in 2008, after the Georgian war. In March 2014, again 88%. And recently it was up to 83%, but has fallen by about 10 percentage points already. So war is popular, and it’s a good way of justifying increased repression. But as to what will come out of the decline in GDP and standard of living, a failed, lost war, complete isolation from the West, is not easy to predict – but it’s not a good situation for Putin or Russia.

How much is Ukraine’s being truly independent and able to make its own decisions an existential threat to Putin’s Russia and its stability?
It’s a threat to Putin because he needs to justify his repression and waging war. Without war, it really doesn’t have any justification, because he’s not doing anything for his country; he’s not developing it in any relevant regard, not even its military forces, as we now know. The economy has been stagnant since 2014, there’s been no modernization. And he has sharply isolated Russia from the world. It’s really into Kim Jong-Un’s company now: He hasn’t done anything good for his people, so why should anybody in their right mind support him?

What impact is this going to have on countries like Georgia?
You have two alternative scenarios. One is that Russia wins in some regard and then I think Moldova, most of all will be in danger, because Georgia now seems to be very much in cohorts with the Kremlin, for example, with trade, being a transit line from Turkey to Russia of products that are not fully legitimate.

The Georgian government vehemently denies that claim, saying they are monitoring all the routes. What facts do you have to support your comment?
I’m just saying that this is widely reported. This is not my specialty. And of course, the current Georgian regime has outrageously imprisoned the former president Mikhail Saakashvili, and is very much pursuing media control. The Georgian government does not appear very democratic. And that, of course, resulted in Georgia not being granted EU candidate status by the European Union last month.
And after Moldova and Georgia is Belarus, which is now in effect under Kremlin control. If Putin falls, then Ukraine would be free, Moldova would not be attacked by Russia, and I presume that Lukashenko would fall in short order. These are the three countries that are most obviously touched by the outcome in Ukraine.