Deputy Speaker of the Moldovan Parliament: Explosions in Transnistria Could Not Have Happened without Greenlight from Moscow 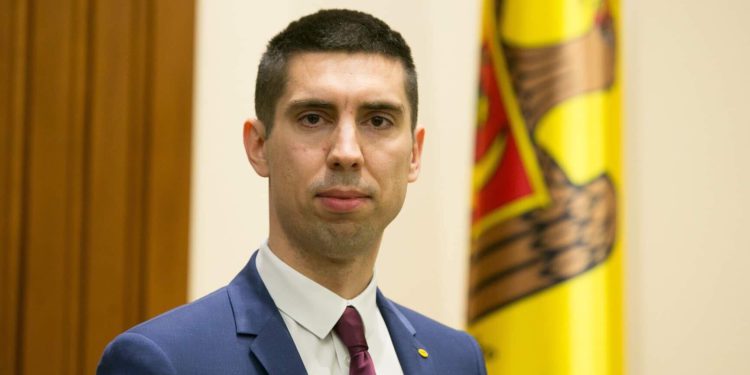 “There’s has been some misunderstanding regarding the sanctions from the beginning – Moldova has been applying the sanctions, which is it can apply according to its legislation – implementing Western sanctions when it comes to the banking system, for instance. The banks cannot operate without that,” Popsoi tells us. “When it comes to political sanctions, Moldova has aligned itself with basically all the major positions – be it the UN, CoE, WTO, EBRD, you name it – Whenever those organizations decided on reprimanding Russia, Moldova joined those positions as well. So, generally speaking, Moldova has been applying sanctions. When it comes to military [assistance], it’s significantly more problematic, given that Moldova is a neutral country by constitution, so it’s difficult when it goes to the military sphere or offensive military sphere. But when it goes to supplying, for instance, gas, diesel, grain, or medicine, we have done that. We also offered to send a team of de-mining specialists, which helps to make Ukraine safer.”

How fair do you think Kyiv’s criticism is that Chisinau and Tbilisi are not doing enough?

That’s understandable from an emotional standpoint, given that our friends in Kyiv find themselves in the heat of a very real war. Of course, we understand. But at the same time, we are always there to help and assist. And we’ve been doing so when it comes to refugees. We’ve welcomed the largest number of refugees per capita, and our friends in Ukraine know that. And we’ve been able to provide assistance in terms of transit of goods to help Ukraine supply itself. In that sense, we’ve been doing our utmost to make sure that Ukraine can continue to fight, and we take care of the refugees, the women, children and elderly that have crossed our border. And we will continue to do so as long as there is a need.

Those “mysterious” multiple explosions in Transnistria – separatist authorities have blamed Ukrainian soldiers for the attack, Kyiv claims Russia is behind it, and the official Moldovan position is that it’s pro-war parties inside Transnistria. What’s going on?

I’ll answer your question with another question, if I may. It’s known that the regime in the Transnistrian segment of Moldova’s territory is quite keen on controlling everything that moves. Some could describe it as a police state – no opposition, no free media, no protests. So the MGB, or KGB, there has been quite keen on controlling everything and knowing everything. So how come a few days have passed, and they are unable not only to apprehend those responsible, but have also been unable to find any evidence to clarify what happened? Their lack of capacity to investigate promptly could lead someone to speculate that this might be an inside job, if you will, by the folks inside Transnistria. This is why the President said what she said – that some internal dynamics between the more hawkish and the more peace oriented party are [to blame].

Even if it was an inside job, surely it wouldn’t have come without a greenlight from, so to say, higher places?

The answer is no. The pro-war party that wants to possess the left bank of the Dniester and has interest in somehow drawing the republic of Moldova into this conflict, are totally and utterly beholden to Moscow.

So this wouldn’t have happened without the nod from Moscow.

Certainly not. They don’t move without any greenlight from Moscow, and the Transnistrian so-called army is, indeed, part and parcel of the Russian army. It’s clear that the pro-Russian pro-war camp could have tried to create this instability in order to make a pretext for some sort of escalation.

This ties in nicely with the recent remarks of Russian general Minnekaev, when he said that “Moscow intends to take over southern Ukraine, including the port city of Odessa, which would allow it “another way out to Transnistria.” If that is indeed the plan, what does it spell for Moldova?

Well, you hit the nail on the head pointing out this quote, because for two months, in the Transnistrian region of Moldova, things have been very quiet. And only after this message from this Russian general did things kick off, and, to quote one famous Russian “TV personality” – is it a coincidence? I don’t think so. Certainly, there seems to be some connection. And the fact that these events unfolded the way they did after the statement is worrisome. Although official Russian spokespeople from the MFA and elsewhere have tried to deny and downplay this.

How comforting is that denial [for Moldova]?

Sadly, not very. But we can only hope at this point that this escalation does not materialize, and we are able to maintain peace and stability in Moldova, including in Transnistria, because we know for a fact that not only the ordinary people, but even the elite there have absolutely no interest in this escalation, perhaps with the exception of a very small minority of this more hawkish group that is very much connected to the military structures [of Russia]. They don’t want to find themselves in a Mariupol situation. They may be pro-Russian, for sure, but they have an instinct of self-preservation. And we can only hope that these events of the past few days will be some sort of aberration and things won’t go further.

Worry and hope aside, let me ask you this straight – If Transnistria still figures in Moscow’s plans, is Moldova ready for it?

Well, Moldova, like any sovereign state, is ready to defend its territory.

Is it? Because your president just claimed that you need a military reform.
Well, we certainly do. It’s been underfunded, there is no beating around the bush. The capacity of the Moldovan military is well known to be lacking. But if, God forbid, there is any escalation, we’ll have to do with what we have. And we certainly count on the support of our international partners to be able to assist us in maintaining this stability.

There are no political concessions [to Russia] that we can make, we are a sovereign state and sovereignty and liberty is not transactional

What would that mean, though, for Moldova’s cherished neutral status?
Well, this is, for better or worse, the only means that we have to try to protect ourselves. Although, ironically, Russia has been long pushing for some sort of expansion and further clarification and boosting of this neutrality stance, while ironically being the only country that has violated for 30 years that status by maintaining a military presence against the will of Chisinau.

The President again reiterated that those Russian forces should leave. How is this war affecting the prospect of that? Do you see the Russians relinquishing the reins over the Cobasna ammunition depot, which is the largest in Europe?

The big misconception about this ammunition depot is a fact that although it’s incredibly large (22,000 tons), in some ways, it is largely useless, because most of the munitions there is very, very outdated. 60 years, 50 years, 40 years old munitions. I mean, the newest ones are, what 35 years old. And a lot of it is simply untransportable, it needs to be disposed of on the spot. And there have been long discussions and, in fact, Russian Minister Shoigu, during his visit in 2019, pledged to assists with that, unfortunately, without any deadlines.  As for the first part of your question, it’s difficult to speculate whether this can be prolonged or actually shortened, we’d certainly like to see it happen as soon as possible. And Ukraine was open to providing a green corridor for those soldiers before the war. There were all the preconditions for this to happen. And certainly, this can be discussed as soon as the war ends, because the situation there is not sustainable, just from a purely human security standpoint, we saw the catastrophe in Beirut a few years back and the situation is comparable, if not worse, in Cobasna.

Gas problems with Russia – solved, not solved, won’t be solved?

At this point it’s still too early to tell. We hope that we can maintain a good price. But we have this complicated situation with debt that we have to sort out. And there is a risk that Russia may turn off the supply. But we continue to negotiate and we also have contingencies. We are ready for any scenario.

If Russia were to use this as a leverage, what do you think their demands would be?

Germany and Russia both claimed that Nord Stream 2 was an economic issue as well. Look how well that turned out.

Well, in our case, there can be no discussion outside the economic considerations. There are no political concessions [to Russia] that we can make: we are a sovereign state and sovereignty and liberty is not transactional. We are going to pay the price – economic price. No matter how high it is. Of course, we’re looking forward to negotiating the best price we can get either from Russia or from the international market. But there can be no concessions when it comes to sovereignty and independence: those things are invaluable; we have fought for those and that is why we’re insisting that there is no room for any discussions outside the economic room. And from what we know, the Russian side understands.

Sadly, we have come to live in time where sovereignty and independence are being violated in a grand scale, the way it’s happening in Ukraine. When the events in Georgia in 2008 – when that went unpunished, then you got Crimea, which also resulted in, let’s say, limited repercussions, then, of course, certain political actors feel emboldened. And, unfortunately, that’s what we see today. Appeasement has never worked, if history has taught us anything. Therefore, thankfully, now we see a much stronger, united front on the international community side. And Moldova, as part of that international community that is condemning the war, is doing its best, given its modest resources, to help Ukraine at this very challenging time.

We’ve welcomed the largest number of refugees per capita, and our friends in Ukraine know that.

Now on to the EU questionnaire. As I understand, you already filled it in and sent it. How difficult was it? Because Georgia still hasn’t and there are people wondering what is taking them so long.

We have submitted the first part of the questionnaire, the second part we are still working on – it is a bit bulkier and more technical. The first part was not particularly difficult, I must say. We were able to do it rather quickly, with a very good mobilization of all the relevant institutions, and there has been a very, very strong sense of unity and solidarity, and we’ve been able to successfully do that. And in the in the upcoming days, we should be able to fill in the second part of the questionnaire and submit that as well.