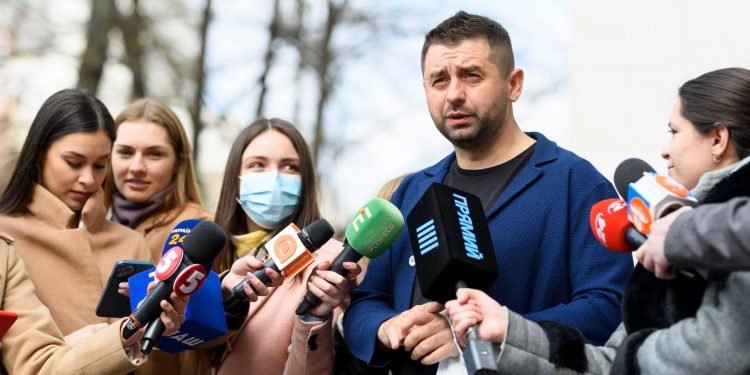 After Ukraine filed an expedited NATO application, David Arakhamia, the faction leader of the Servant of the People party, issued updates on Ukraine’s NATO accession.

“We are beginning the process of having Ukraine join NATO and we will see it through,” stated David Arakhamia.

Arakhamia said on Telegram that they are beginning and will complete the process of Ukraine joining NATO. Additionally, he stated that the NATO Headquarters in Brussels already has their formal application.

“Before that, on March 4, at the height of the terrible news, during dinner, the President told us that we would become members of NATO and the EU until the end of the war,” continued Arakhamia.

“To be honest, I couldn’t imagine it then. Before the war, at informal meetings, Western ambassadors, off the record, directly said that they did not want to quarrel with Russia because of our intentions,” he added.

Arakhamia claims that once the entire globe saw what the Armed Forces of Ukraine were capable of with the elevated “second army of the world,” the “situation changed radically.”

“Today, Ukraine is a player of a completely different scale on the international arena. President Zelensky leads the rankings of the most influential people in the world. It would be a sin not to take advantage of the moment and try to get closer to our goal, written in the Constitution of Ukraine, and become NATO members in record time,” highlighted Arakhamia.

“The process has been launched, there is no going back, we are taking the work experience gained while obtaining the candidate status for joining the EU, and we are moving forward in leaps and bounds,” he remarked.

Being officially supported by 11 nations, claims Arakhamia, means that Ukraine is “no longer alone.” He asserts that Canada, Poland, Slovakia, the Czech Republic, Romania, Lithuania, Estonia, Latvia, Croatia, Montenegro, and North Macedonia are among the nations that openly favor Ukraine’s membership in NATO.

“We continue to collect votes throughout the country. We will definitely achieve our goal. Even if our goals seem unrealistic or too ambitious to someone. The world has changed. We changed it. And in this world, our country will hold a worthy place,” Arakhamia affirmed.