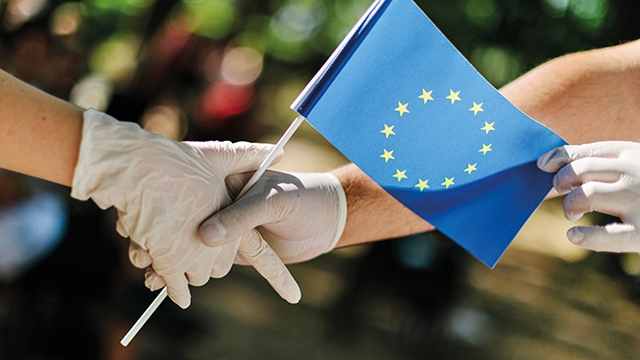 The European Union in times of celebration and need, stands by Georgia’s side. It is said that real friends are especially revealed during hard times, and in support of that theory, on December 14, the EU announced a €60 million (approx. GEL 240 million) grant to assist Georgia in coping with the COVID-19 pandemic.

This is the first payment of the EU’s €75 million (approx. GEL 300 million) ‘COVID-19 Resilience Contract for Georgia’, through which the EU will support the country’s Anti-Crisis Economic Plan.

This contract goes back to September 29, when EU Commissioner for Neighborhood and Enlargement Olivér Várhelyi and the Prime Minister of Georgia, Giorgi Gakharia, signed two financing agreements worth €129 million. One of them was the ‘COVID-19 Resilience Contract for Georgia.’ Worth €54 million in grants, another agreement signed back in autumn was the ‘EU4 Integrated Territorial Development’ program, targeting the economic development of regions outside the capital. Both agreements aim to assist Georgia in coping with the COVID-19 outbreak and its impact on the country’s economy.

The plan is composed of measures to reduce the negative effects of income loss, aimed at preserving jobs, supporting businesses and strengthening the healthcare system. The overall goal of the support is to help citizens and businesses in Georgia recover from the impact of the pandemic.

The payment follows the EU’s transfer of €100 million (approximately GEL 400 million) in loans for macro-financial assistance on November 25. Both of the payments are part of the wider GEL 1.5 billion EU support package for Georgia, which also focuses on support for the health sector, social sector and economic recovery.

“The EU continues to stand firmly by Georgia during the pandemic. This GEL 240 million grant payment is a key part of the GEL 1.5 billion assistance package that the EU and Team Europe mobilized last spring. They are aimed at helping the government respond to the pandemic and support Georgian citizens to cope with the serious challenges so many are facing these days,” said Carl Hartzell, EU Ambassador to Georgia.

This disbursement was approved after the Government’s Anti-Crisis Economic Plan, economic policies, public finance management and budget transparency had been verified. The remaining funds will be disbursed based on an assessment of government measures, including the delivery of social assistance for vulnerable households, support to businesses who have retained jobs, and an increase in the number of beds in Intensive Care Units.

Over the last two months, Georgia looks to have been going through its “peak” phase of pandemic infections, with case numbers progressively rising, and at one point reaching almost 5,000 cases daily. Having held the elections, and as people started protesting its results in the street, the restrictions were tightened again at the end of November as the country saw a surge of COVID cases, continuously recording over 4000 cases a day. It can be said that the national curfew from 9pm to 5am, and the closing down of all but essential institutions, has reduced the spread of the virus, or rather, its speed. Currently, Georgia takes 43rd place in the world by the number of infections (201,368, at the time of writing). On Thursday, 2981 new cases were registered in the country, 31 new deaths and 2001 recoveries.

The regulations will loosen up from December 24 in an attempt to make the holidays in unprecedented times as normal as possible. From January 3, however, it is planned to bring back the restrictions: closing all but essential shops and businesses, and limiting public transportation.

Some European countries see the holiday season as the time to tighten the regulations further, as cases seem to still be surging. Leaders in Germany, Italy, the Netherlands and the Czech Republic by Wednesday had announced that bans on large gatherings and the closure of nonessential businesses would be imposed over the second half of December into January. The UK was planning on letting up to three households meet indoors for a five-day period over Christmas, but that may change now that the British Medical Journal (BMJ) and the Health Service Journal (HSJ) warned that Prime Minister Boris Johnson’s current plan would cost many lives in the near future.

The first vaccine shots have been given in Canada and the United States, as the latter surpassed 300,000 virus-related deaths. On Wednesday, the US recorded the highest daily number for new coronavirus since the pandemic entered the country, but as experts in both the US and the UK warn that the pandemic is still very much not over, there is a sense of a possible light at the end of the tunnel now that the mass vaccinations have begun. 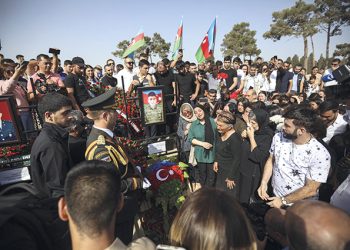