Corona Updates: Pfizer Arrives amid Fears of a 4th Wave 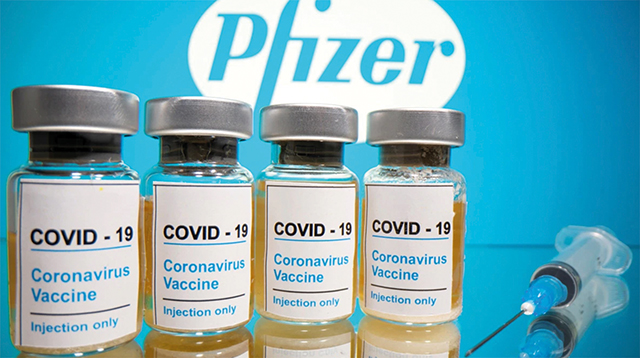 The director of the National Center for Disease Control, Amiran Gamkrelidze, stated after the meeting of the Interagency Council on Tuesday that the country is facing a very difficult situation and may soon enter its fourth wave.

Gamkrelidze noted that the epidemic situation in the country continues to deteriorate, and insisted that it is the common responsibility of both the government and society to act in solidary when the country is in great danger.

“In all likelihood, we will enter a difficult, fourth wave because the epidemic situation in the country is deteriorating. Coronavirus knows neither position nor opposition: it infects everyone and takes too many lives. Therefore, I call on everyone to show more solidarity and more attention, seeing us standing together to stop the infection and find peace,” Gamkrelidze said.

Testing on Tuesday revealed that Georgian capital Tbilisi recorded the highest number of 988 out of the 1663 new Covid-19 cases, followed by the Kakheti and Imereti regions.

The daily test-positivity rate also increased and currently stands at 4.53%.

The Vaccine
324,802 people in Georgia have been vaccinated with one or both doses so far, seeing around 7200 people per day being vaccinated.

On July 14, Georgia received new doses of the Pfizer vaccine, which will be used in the process of mass vaccination of the population. Bookings for Pfizer started the following day, and saw high demand, which at one point caused the registration site to crash. Pfizer vaccinations will start on July 16.

“The country has received 28,000 doses of the Pfizer vaccine,” stated Amiran Gamkrelidze, head of the National Center for Disease Control. “The doses will be divided into two parts and will be enough for 14,000 people.

“This is the first portion of a multimillion-dollar deal,” he said. “The second and third deliveries will also arrive in July. According to the contract, we are to get a million doses of Pfizer throughout the year. Additional Pfizer was donated by the United States, the contract of which is going to be specified in the coming days.”

At the first stage, citizens will be able to be immunized with Pfizer in just seven medical institutions. The two doses required for Pfizer vaccination are given at 21-28 day intervals and it is available for people over 18 years of age.

For safety reasons, the Pfizer and AstraZeneca vaccines will be available only in clinics.

Vaccination visit can be booked on the electronic portal booking.moh.gov.ge.