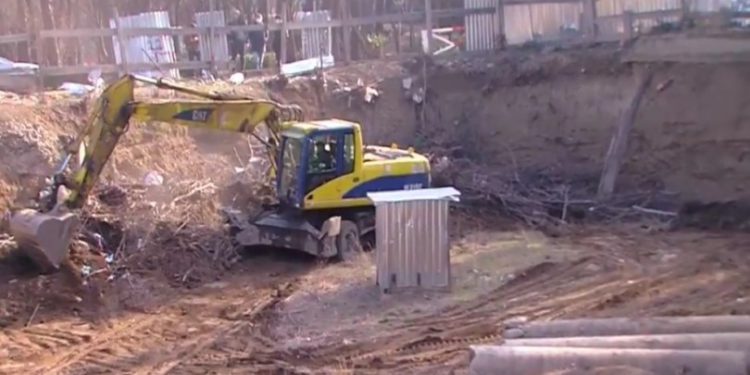 The construction of the hotel ‘Budapest’ in Vake Park in Tbilisi was stopped shortly after its resumption, at the request of Tbilisi City Hall.

The municipal inspection officers arrived at the scene and called on the constructor, Giorgi Zakaidze, to immediately stop the ongoing works. They threatened him with a fine of 50,000 GEL, claiming that Zakaidze does not have a construction permit, based on the 2015 decree.

The constructor agreed to the call, and negotiations between he and City Hall are expected to continue.

Construction of the Budapest hotel in Vake Park, which was suspended due to public protests and court hearings, resumed on the morning of 15 February.

On January 16, 2019, the Supreme Court upheld the 2013 ordinance of the former mayor of Tbilisi, Gigi Ugulava, and the investor regained a legal permit to build a hotel in Vake Park.

Following the decision, negotiations on relocation began between the builder and Tbilisi City Hall. At the end of 2020, City Hall announced that nothing could be built in the Vake Park area. However, Giorgi Zakaidze said at the time that the City Hall had been unable to offer an interesting alternative location.