Constructing the Middle Corridor: The Case of Georgia and Kazakhstan 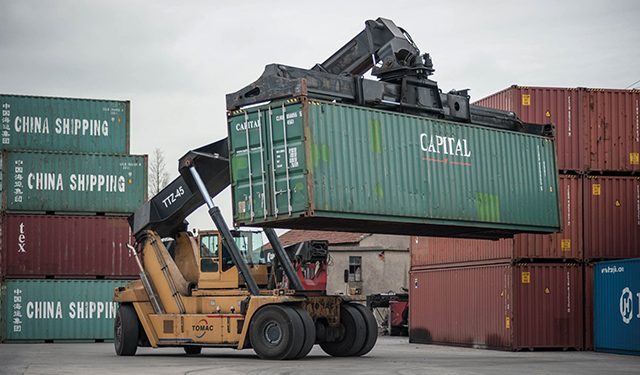 Russia’s invasion of Ukraine reverberated deep into the whole Eurasian continent. Two regions which are especially susceptible to the pace of changes are the South Caucasus and Central Asia. This is especially true in light of the changing dynamics of Eurasian connectivity.

In Central Asia, Russia and China, two former imperial powers willing to change the present world order, are seeking to impose a version of regionalism that excludes non-regional powers, chiefly the US and the EU, from playing an active role. The war unnerved Central Asian countries, which fear that the Kremlin might use the same brutal tactics as in Ukraine in the event it deems it necessary. Seeing Russia fixated on making dreams of recreating the imperial map of Russia a reality, the former subjects under Moscow’s rule cannot feel safe. This is especially true with Kazakhstan, which shares a 7,644-kilometer border with Russia, and northern parts of which are populated by ethnic Russians.

In the latest round of friction between Kazakhstan and Russia, the Kazakh president, Kassim-Jomart Tokayev, said his country would not recognize the Lugansk and Donetsk separatist republics – the policy Kazakhstan has pursued toward other separatist entities supported by Moscow. More interesting is the fact that the statement was made in Vladimir Putin’s presence during a televised meeting. This followed the ominous statement made by the first deputy chairman of the committee of the State Duma for the CIS and relations with Russian nationals abroad, Konstantin Zatulin, that “[Kazakhs] know too well that a number of regions and settlements with a predominantly Russian population had little to do with what was called Kazakhstan.”

More worryingly, these bitter exchanges were followed by unconfirmed reports that Kazakhstan stalled 1,700 railcars of Russian coal on its territory in response to Moscow’s decision to block Kazakh oil. In April, one Kazakh official argued that Kazakhstan would not assist Russia in evading Western sanctions imposed on Moscow. Russia also stopped the transit of Kazakh oil through its Novorossiysk port, only to reverse its decision after Tokayev instructed the government to seek alternative export routes.

In the South Caucasus, Russia is a powerful player, but increasingly only through military means. Prior to the aggression against Ukraine, Russia had approximately 20,000 troops deployed in four major military bases (including the peacekeeping force in Nagorno-Karabakh) in all three South Caucasus states. However, beyond military measures, Moscow has few concrete tools to maintain its declining prestige. In other words, a weakened Russia could easily result in a near-complete disorganization of its influence in the region.
One of the examples of the weak Russian position is that the countries in the South Caucasus and Central Asia have laid the groundwork for the expanded Middle Corridor. Certainly, the route has existed for decades, but its operation has been limited for various reasons. The route consists of both sea and land routes, which complicates shipment. China has always preferred sending goods via the Russian route simply because it involves fewer states and a more or less stable/predictable geopolitical situation.
Two critical states along the Middle Corridor are Georgia and Kazakhstan. Each has long argued for the expansion of the route. However, the geopolitical situation was unfavorable until the war in Ukraine upended the very fabric of Eurasian connectivity. Kazakh and Georgian officials have held several meetings over the past couple of months to advance the corridor’s operation. Georgia’s growing attention toward the Middle Corridor is well reflected in the recent move to sign an agreement with Uzbekistan on how to effectively use Georgia’s seaports and Uzbekistan’s logistics hubs for the export and import of goods. The two sides also discussed the establishment of transportation corridors connecting Central Asia and the South Caucasus.
Geopolitically, Georgia and Kazakhstan (and Central Asia in general) benefit from the fact that critical Eurasian states are increasingly aligned around a shared goal – finding new transportation routes. China and the EU, despite difficulties in bilateral relations, might actually fruitfully cooperate on advancing the Middle Corridor. Indeed, from a geographical standpoint, it is the shortest route between these two actors. Both will also carefully measure Russia’s reaction to the route that circumvents it from the south. Before the war in Ukraine, Turkey actively promoted the Middle Corridor and helped launch a series of “block train” travels. In February 2021, one of these trains reached Turkey from China after nearly 20 days of transit. A similar train route was used in April this year. The Kazakh president was especially interested in Turkey’s role when he emphasized the changing connectivity during his visit to Ankara this May.
Yet the biggest question is how the war results in Ukraine will impact the South Caucasus and Central Asia. If Russia prevails, it will likely be less tolerant of a major transportation corridor circumventing it from the south. Moscow is unlikely to resort to military force, but it will nevertheless have a range of options to undermine the emerging momentum behind the route. Moscow could escalate tensions in Georgia’s two occupied regions. It could also undermine the peace efforts currently taking place between Armenia and Azerbaijan, and Armenia and Turkey. In Central Asia, it could use pressure on Kazakhstan and try to negotiate favorable outcomes with China. Still, now China, Turkey and the EU are all interested in seeing the corridor operating as fast and effectively as possible.